Faking It: Erin Stafford’s Tongue and Groove at Lawndale 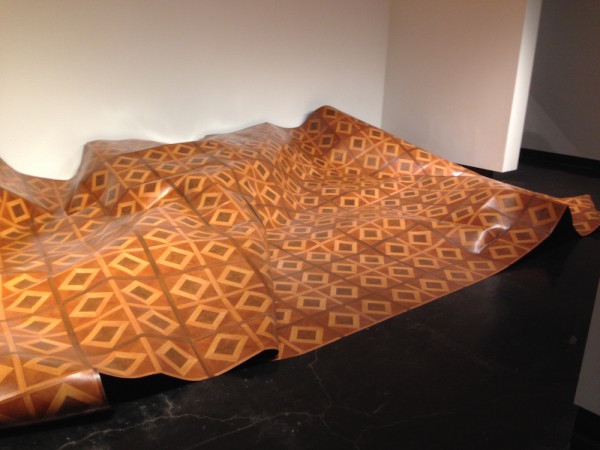 Erin Stafford‘s Tongue and Groove at Lawndale Arts Center presents a surreal effect: vinyl floor tiles printed with a wood parquet pattern form a folded flexible floor, as if the gallery was shedding its skin at the command of someone’s fairy godmother. The effect isn’t as vivid as it could be: the shape of the folded flooring doesn’t seem to match the space of the gallery, making it an arbitrary swatch rather than an architectural transformation. In several places, the edges of the vinyl tiles are coming unstuck, ruining the feeling that a seamless, rigid wood floor has been suddenly rumpled like a bed sheet. 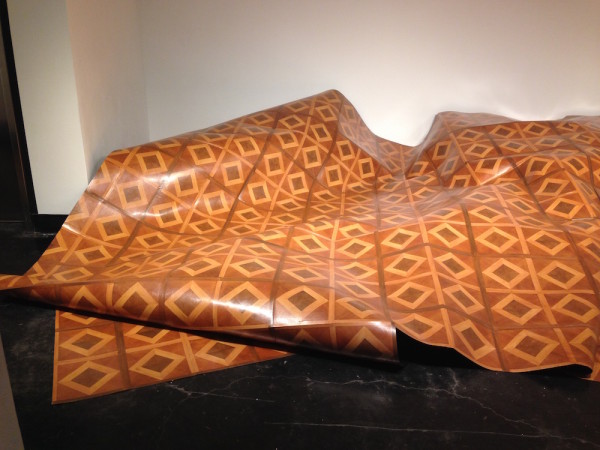 Stafford’s “affluent upbringing in Dallas” has left her with a Chippendale on her shoulder. A lot of her work aims at digesting bygone notions of privilege and propriety, and in this context, the curling vinyl can be seen as a rebellion, all of a piece with Stafford’s other works: a nineteenth-century style bust encrusted with spikes, prim saltshakers overgrown with wild crystals, or sexual confessions embroidered in pearly beads. 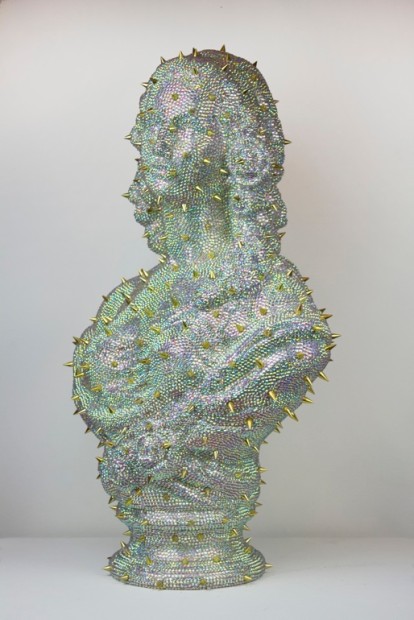 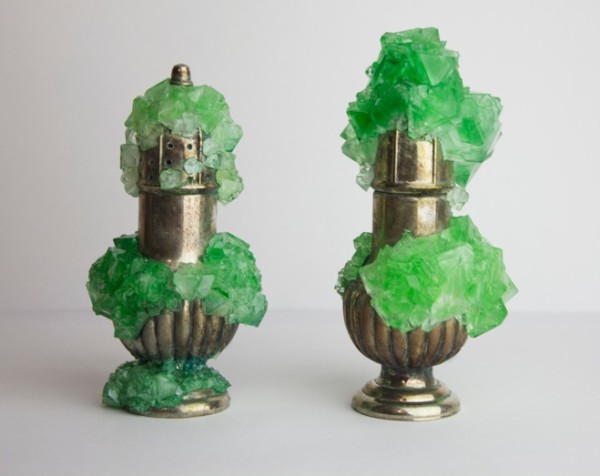 But Stafford’s improprieties work best when they’re in your face: her 2013 “I Faked It!” necklace, when worn, is both confrontational and cathartic. Standing alone, Tongue and Groove is too impersonal (and too poorly made) to have the same impact. 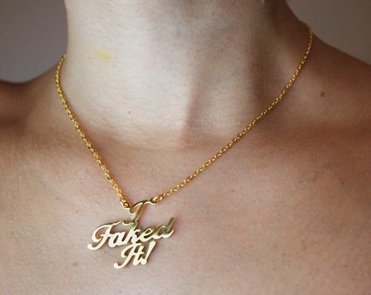 Tongue and Groove will be on view through April 18, 2015 at Lawndale Arts Center in Houston.