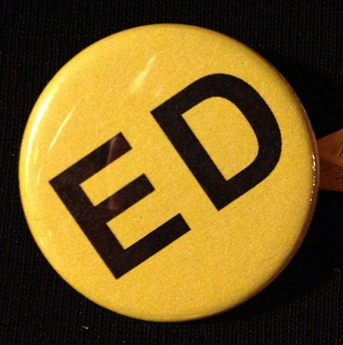 Houston Artist Ed Wilson has, finally, been re-awarded the artwork commission for the George R. Brown Convention Center. After Wilson’s original award was strangely withdrawn in late November, it drew much media attention from to Houston Arts Alliance’s selection process, and led to the resignation of HAA’s head of Civic Art + Design, Matthew Lennon, in protest.

We expect a press release from HAA in the morning but, meanwhile, ED RULES!

A Quilt Festival is Coming to Houston

Women of Color in the Arts to Present...

I NEVER WOULD HAVE BELIEVED IT. WHAT A TRULY WONDERFUL, MAGNIFICENT MILESTONE THIS IS. FINALLY, JUSTICE AND WISDOM HAVE PREVAILED. I FEEL LIKE ALL IS RIGHT WITH THE WORLD…okay, maybe I am going overboard, but Ed, we love you!

Waste of money. They should just hang Dogs Playing Poker there and be done with it.

I agree Dick, there should be no art in this city and we should all enjoy our cubicles.

Over $800k of taxpayer money? That’s obscene. Use it to fight the homeless issue. (If you’re in a cubicle, it’s your own fault.)

And about Damn Time !!

There will be dancing in the streets! We’ll put off the lynchings for the time being ….

Congratulations, Ed. I look forward to seeing the finished work.

Congratulations, Ed. Never had any doubt about it!

Congratulations Ed, well deserved. Comrade Dixon, I suggest you move to North Korea.
Life without art is a huge mistake.

Where did I ever suggest life without art, hippie?

Go do something productive like make art or feed the homeless, Dick.

Yeh! Ed deserves it. His work is world quality. Houston is in the top four cities in the nation which puts us in the top in the world. We have incredible talent here. It is great that a local artist gets the recognition, the job and the opportunity to shine. Recognizing the quality of artistic talent in Houston by Houstonians is good for the art community and the city.

Congradulations Ed I knew you would get this man