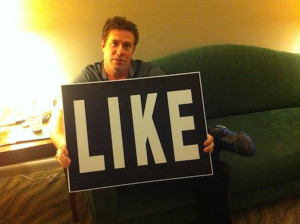 The Mark Flood School of Painting seems to provoke a lot of conversation. The comment section following Bill Davenport’s article “OK Art at the Party-Tyme Corral” (about another artist’s paintings) is quickly filling up, even though it was only posted on Sunday. This triggered yesterday’s weekly Glasstire newsletter to be titled “When Mark Flood is away, Houston will… bitch and moan?” (To subscribe, go here.)

Last week, though, Christie’s New York auctioned off Flood’s 2014 lace painting Church Window, which Flood gifted to the Art League Houston (ALH), for $24,000. Christie’s had set the painting’s estimate at $30,000-$40,000, but they threw in their usual cut, so the organization will receive the full 24K. The donation prompted ALH Visual Arts Director Jennie Ash’s signature exclamation: “WHOOP!” She added, “We are so incredibly thankful to Mark for his outstanding generosity.”