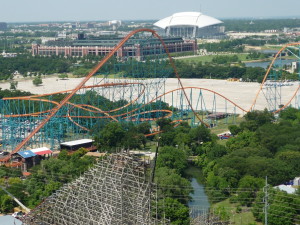 The Arlington Museum of Art‘s upcoming public art project is named “Star of Texas” and will feature 20 big fiberglass stars, each transformed by a Texas artist, installed around its downtown and entertainment areas starting this September. The museum, under the directorship of Chris Hightower, is nearing completion of a capital campaign to raise the $150,000 budget for the project.

The idea is that the museum will invite 200 “high-profile” artists from around the state to submit proposals for how they’d doctor a six-by-six foot (and one foot thick) pre-built star, while the selection process remains open to proposals from other artists. A jury will make the selection after the submission window closes, which is in about a month. Chosen artists will receive a stipend, though the museum has not made the figure public. For more info, go here or here, or submit a proposal here: [email protected]