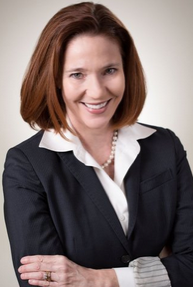 It was a little more than a year ago that Neff left her curatorial position at the Museum of Fine Arts, Houston after almost 20 years to assume the directorship of Oklahoma University’s Fred Jones Jr. Museum of Art.

The president of the Brooks board of trustees said that the search committee was impressed by Neff’s experience: “She has a good understanding of the role of the museum in the community and its responsibilities.” He also stated that Neff’s approachability and her articulate character impressed the committee. “It’s really exciting. I feel as if this is the beginning of a new era for the Brooks.” Neff is also president of the Association of Art Museum Curators and recently served as a fellow of the Center for Curatorial Leadership in New York.

So what I hear is that the museum/university/art center institutions are run like football teams; lets give a specific example- The Dallas Cowboys. They hire a coach (curator) to manage a team (the collection). The coach (curator) is really just able to implement a small percentage of his/her ideas and knows that the main job is to make Jerry Jones happy (the board, committee, stakeholders, etc…) This would equal a good team on paper, but you will never win a championship. Cheesy ass analogy, I know, but apt.

Who, with any real talent and knowledge, has the power to hold their tongue and swallow their pride forever? Good bye any real hope for the visual culture’s progress. Market driven art exhibits to dominate in the near future (that or bad flavors of the month)