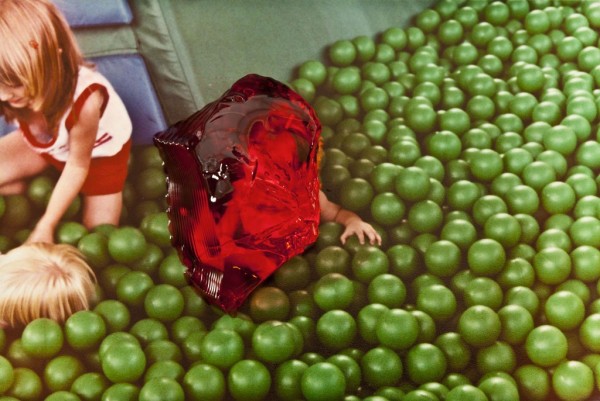 Initially a warm and quirky set of enlarged domestic snapshots, Emily Peacock’s Soft Diet at Hello Project in Houston has instant familiarity. They are the joyous familial pictures of every American child’s memories, except that the faces in each photo are conveniently blotted out with Jello, goo, fat, or baby teeth. Infinitely more odd than the underlying photos, these tactile, psychological fillers adorning the family slideshow desecrate and enliven without being antagonistic, creating mysterious relationships that could merely be humorous play, but tend to read as potentially profound and personal. 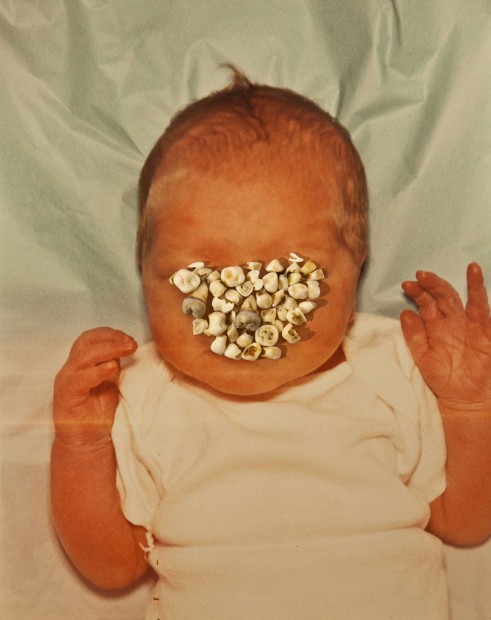 Often disgusting, and vibrantly so, these additions stand out against the enlarged and slightly blurred background of the original images. What seem to be onions on a Thanksgiving turkey suddenly reveal themselves as fingernail clippings. A collection of teeth replace a baby’s face to make a Guillermo del Toro nightmare creature. In each case, uncanny materials distort the banal photographic nostalgia, each defacement a bent act of marking or reclaiming a memory. 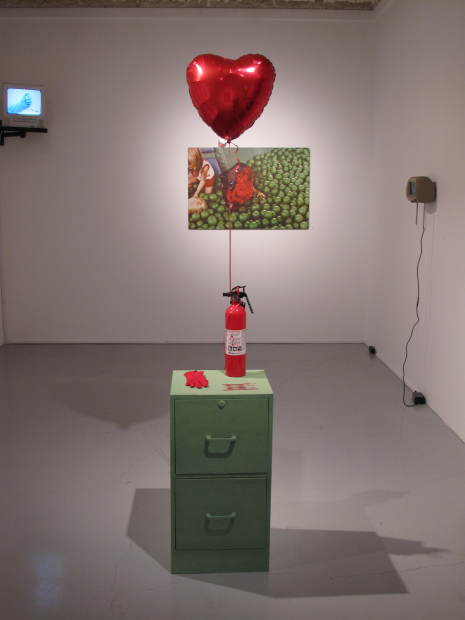 A set of three video works and a sculptural ensemble in the middle round out the exhibit. The central sculpture, a mint-green flocked file cabinet with a set of dress gloves, vintage coins, and an impossibly buoyant heart-shaped balloon tethered to a fire extinguisher, physicalizes the primarily flat-work show. While not really necessary, the piece roots identity and memory in mundane objects, referencing loss in an altar-like monument. 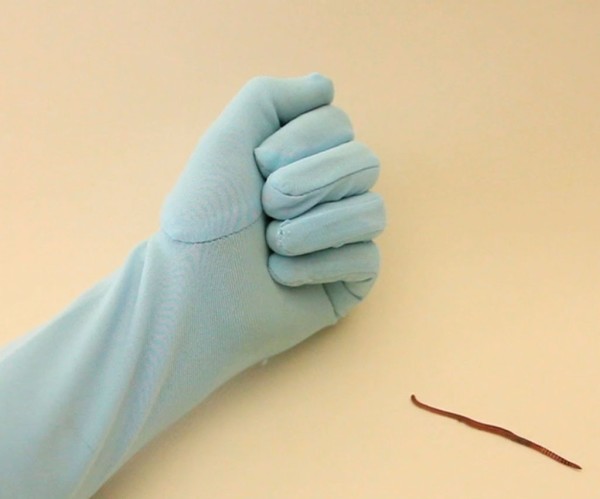 Peacock revels in the abuse of food in a delicately perverse video where a pair of antique dress gloves massage a multi-colored Jello mold into a squirming, undulating mess. In another video, a worm escapes from a similar spotless gloved hand to slowly escape off screen. The escaping worm is both childishly delightful and provokes an undoubtedly Freudian sigh of relief. The glove acts as a social and physical prophylactic: it insinuates that stiff good manners are a means to participate in the dirty or love something to death properly. 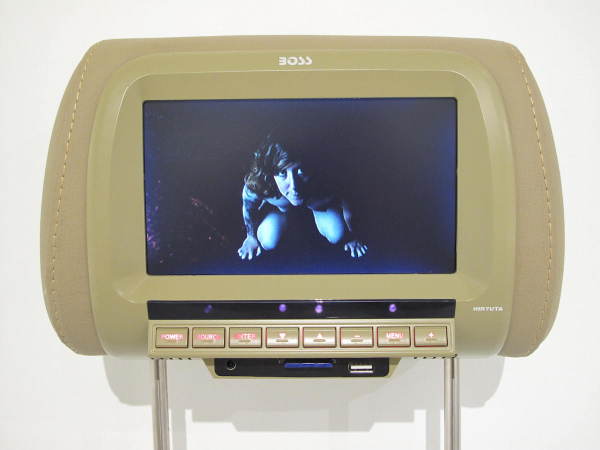 Soft Diet is full of highly compelling work, which is made more interesting because the constituent elements are, for the most part, fairly common. Alternating moments of empathy with moments of gentle disgust, Peacock’s present actions engage and partially eradicate the past. The process feels like melded fragments of youthful summers where hierarchies of food, play, wounds, and celebration were entwined without judgment.