Of Course. Gréaud Claims He Planned His Own Public Shaming All Along 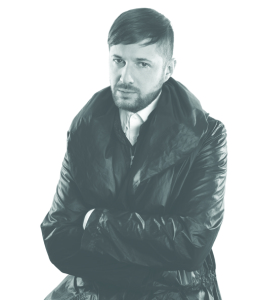 So by now we all know that following the opening of his solo show at the Dallas Contemporary and a less-than-glowing review posted by Lauren Smart at the Dallas Observer, French artist Loris Gréaud private message’d Smart to deliver some ill-mannered advice about her sex life. She posted the screenshots of it on January 26. By now everyone in Texas  (and elsewhere, presumably) is burned out on the subject, but via Artnet today: Our dear Loris, as many of us predicted, now claims that he planned in advance “to respond provocatively to the first negative review in hopes of the story going viral.” Writes Artnet: “This was really all about the destruction of the artist’s image, apparently.”

Artnet requested “date-stamped emails or other evidence that the plan was hatched before January 27,” and, “though [Gréaud] answered emails, he has not provided any such documentation.” WE IMAGINE HE’S HAVING DOCUMENTATION PRODUCED AT A GLASS FACTORY OUTSIDE OF VENICE RIGHT NOW.

(We also wonder how Gréaud, as part of his master plan, forced Smart to post the screenshots at a media outlet instead of ignoring them or sharing them only with a few friends. Long-distance mind control? That would be some art news.)