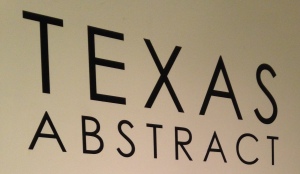 During the past couple of months, Clint Willour has been on sick leave, and the Galveston Arts Center has invited guest curators to preside in his place. The current show, Texas Abstract, is curated by Ken General, former director of Wade Wilson Art in Houston, who currently heads the newly-formed Duende Art Project. The show is comprised of 32 abstract works by 32 Texas-based artists and derives from a book of the same title co-authored by Michael Paglia and Jim Edwards that came out last October. 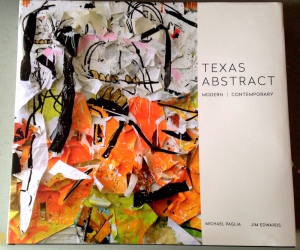 The book contains a critical essay by Paglia who selected the work and artists for it, and artist profiles by Houston Baptist University Curator Jim Edwards. The first half centers on the historical evolution of abstractionism in Texas beginning in the 1930s. The second half delves into the 32 contemporary artists Paglia chose to exemplify this style. Some of the chosen contemporary artists have been working for decades in the state, while other artists floated into the scene more recently. Why these particular artists were chosen for the book, rather than others, is unknown to me.

The book fits somewhere in between the monolithic Texas Artists Today published in 2010 by Catherine Anspon and two books focused on the rise of modern art in the Lone Star state: Texas Modern: The Rediscovery of Early Texas Abstraction: 1935-1965 published in 2007 by Baylor University’s Martin Museum of Art, and Katie Robinson Edwards’ new Midcentury Modern Art in Texas, that came out last summer.

I have mixed feelings about the Texas Abstract show at the GAC. The book is beautiful and well written with great artists, but the show is staid and lacking in direction, partly due to the current state of affairs at the Galveston Art Center. This past summer, after a long hiatus without a director, the GAC finally hired California-based independent curator Elliot Lessing for the job. Apparently something went awry: Lessing made an abrupt departure after only one month. The ship’s helm has been empty since, and this is influencing the quality of the GAC’s exhibitions.

The arrangement of the work made sense, but the hanging was a bit tight, and the GAC could have made more of an effort to inform visitors unfamiliar with these artists’ work. There were no wall labels with the artwork, and the gallery handout was a single sheet of tiny thumbnail images with the artists’ names, but no dates, medium or titles. I suppose the idea was to reference the book if you wanted that information, but many of the pieces on view were different examples of the artist’s work, not in the book. You shouldn’t have to purchase a book that costs $85 dollars to get the basic information. It’s laziness on the part of the organizers. The night of the opening and book signing many of the artists were in attendance. Nothing was organized and flowed smoothly. I could have walked out of this clusterfuck with a free book had I been that kind of person. 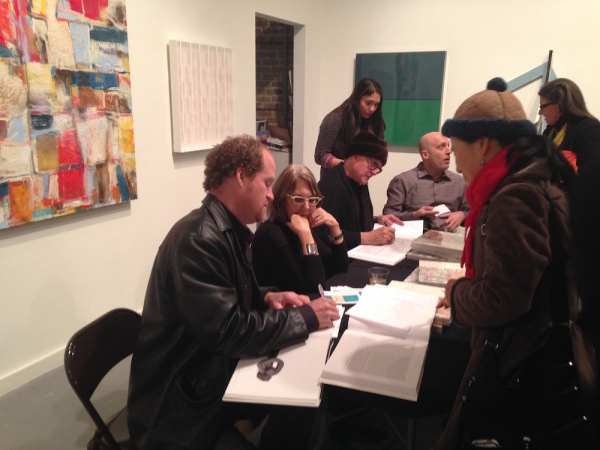 The artwork is semi-interesting. We can get a decent overview of the current state of abstract art being produced in Texas, and it’s not awe-inspiring. Much of what is on view harks back to the basics of abstract expressionism, with a few dashes of color field painting, a sprinkling of Judd-esque minimalistic boxes and maybe a dollop of hard edge painting thrown in. Some was reminiscent of Cy Twombly with scribbly, repetitious marks. As I went around the gallery, I kept thinking, “where have I seen this already?” Maybe that’s just the nature of abstraction: taking basic elements like shape, color, and form and constantly reinterpreting the same principles from thirty or more years ago. 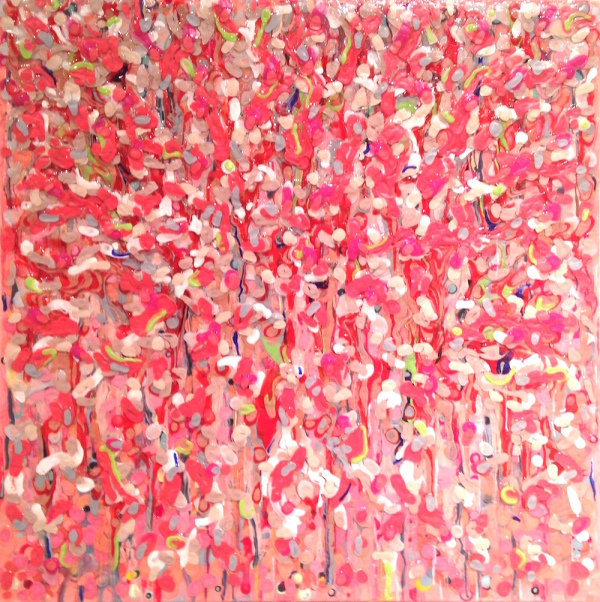 I’ve followed the drippy dot paintings of Dallas-based Charlotte Smith for several years and her use of color and obsessive technique never seem to dull my senses. Her work in this show is the smashed down, flattened version of some of her earlier paintings that contain high relief, hair-like projections made of numerous layers of acrylic paint. Smith has continued exploring her unique paint application in both two dimensional and sculptural works.

Lurking beneath McKay Otto’s frosted square compositions blurred with layers of a translucent nylon fabric is Piet Mondrian’s primary color geometric works. The subtlety of light and the soft, quiet feeling captured in his work is alluring, and like many of the works in the abstract show, a spiritual, meditative quality shines through.

Layers of smooth frosted wax resembling a glazed donut attracted me to 2014 Hunting Prize winner Winston Lee Mascarenhas’ small encaustic work Number 14. I phene for any art with a heavy dose of tactility; the more texture the better. The strange holey surface of de-acidified cardboard pokes through the wax layers competing with our eye with the large band of color unifying the piece. 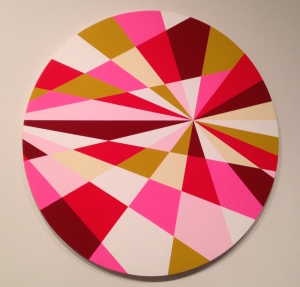 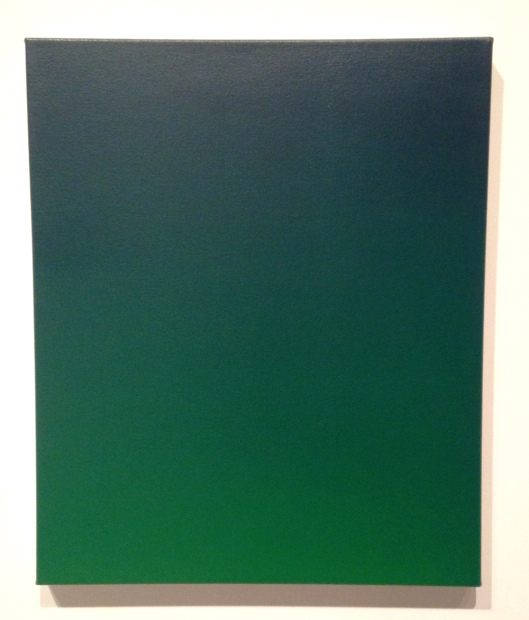 Is there really such a thing as abstract art in Texas? The GAC’s show certainly can’t answer, due to its mediocrity. The premise needs to be explored in a more comprehensive museum exhibition that would enable a more complex dialogue with the audience. This show shortchanges the subject and the work of the artists involved. It’s good to see the show, and buy the book if you can afford it, but don’t expect to be blown out to sea.

Texas Abstract will be on view at the Galveston Arts Center through February 22, 2015

Why is the trend in art today to produce such mindless crap?