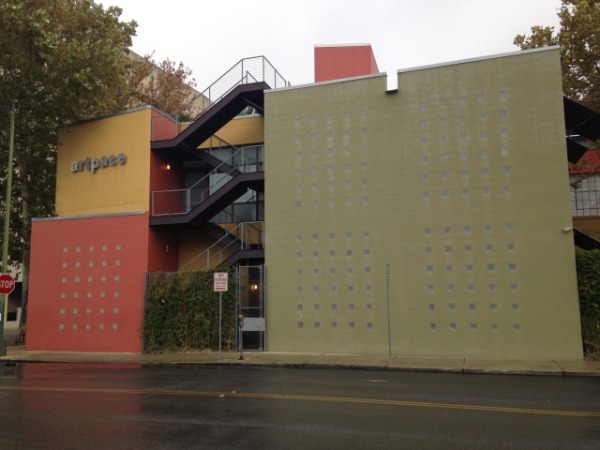 The Texas Historical Commission has estimated that there are at least 660 museums in Texas, ranging from spectacular cultural institutions in our biggest cities to strange “cabinets of curiosities” in our smallest towns. I took a road trip to sample from this state of museums, trying not to take for granted the architecture, design, role, mission, even the very reason for museums.

I began at Artpace, opened in San Antonio in 1995, founded by artist and philanthropist Linda Pace. (You can watch a short video about its history here.) It’s just a short walk from the River Walk and shares a small trapezoidal city block with the parking lot for the Alamo Music Center. A former Hudson automobile dealership, the brightly painted 18,000-square-foot building dates to the 1920s. In the early ’90s, Pace sought out San Antonio firm Lake|Flato to renovate the dealership and create room for galleries, offices, archives, event spaces, and — crucially, for the mission of Artpace — residences and studios for visiting artists.

Three times a year, guest curators choose three artists — one Texan, one American, and one international — to live and work at Artpace for two months. It’s a sweet deal. The residency includes a stipend, the support of a full staff, and funding for tools and materials to produce whatever they’d like. This spring, the artists are Oscar Murillo from Colombia and England, Henry Taylor from Los Angeles, and Autumn Knight from Houston. (You will be able to see the result of these artists’ residences starting on March 19.) For San Antonio, then, Artpace is like DiverseWorks plus Box 13.

Thus, much of the building is reserved for studios and living quarters, so the spaces showing the work seem tight in comparison. It’s not that the art isn’t properly displayed, though. It’s just that the organization — and therefore the building — seems more committed to the process of getting things made, rolling things out. The building’s not fussy. It retains a kind of “rawness,” as Ted Flato describes it, the industrial character of its former life as a dealership. Thick concrete columns, garage doors, mismatched window panes, even an old Hudson hubcap on the wall keep much of the building’s past in the present. 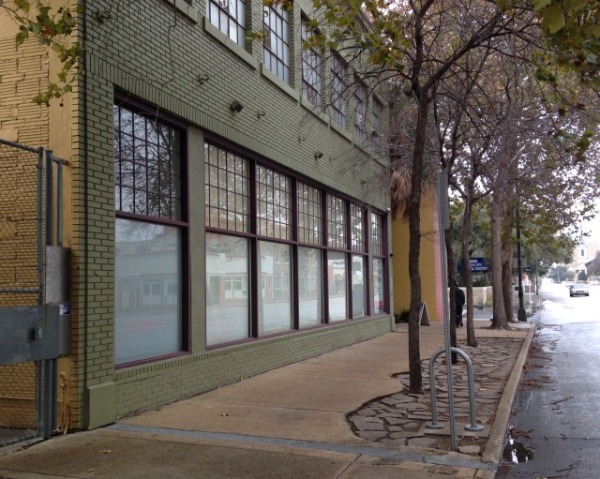 Flato still seems fond of the project. The building had “good bones,” he says. “We didn’t want to overthink it. These are some of the best industrial buildings we have. Whoever [designed it] was so straightforward and thoughtful.” Because Artpace was then a fledgling institution, Flato didn’t want to spend too much money or set too rigid a program. “Flexibility was the mantra,” he says. (And he had some experience working with the typology: the offices of Lake|Flato occupy another former dealership just a short walk away on Third Street, closer to the Alamo.) 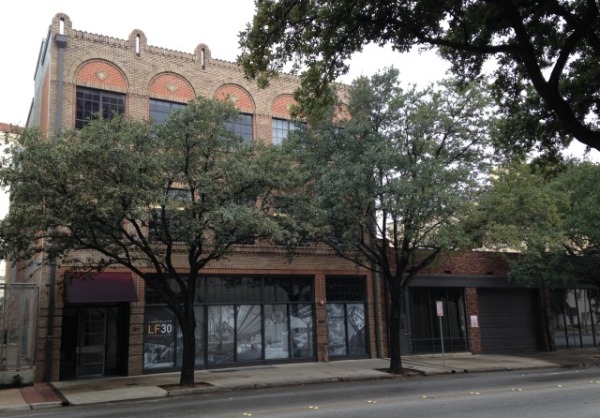 Inside, a foyer is decked out with a display of the requisite Artpace swag — totes, mugs, T-shirts, etc. — and a welcome desk. An industrial staircase with steel rails leads you up into the “variety of volumes” that Flato organized around the original “set structure” of the dealership’s concrete beams and columns. 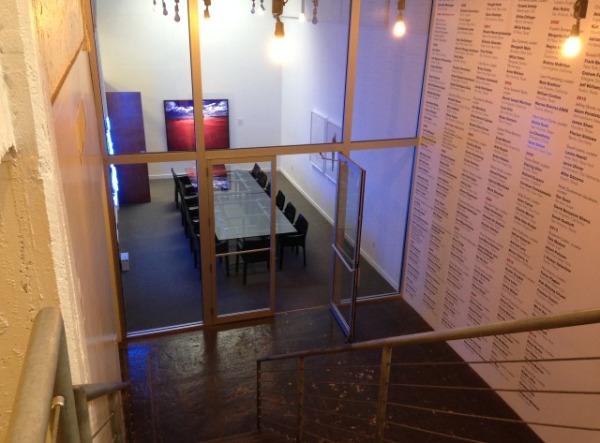 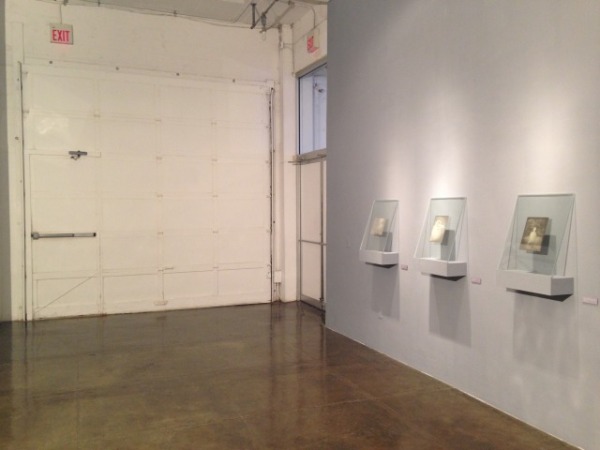 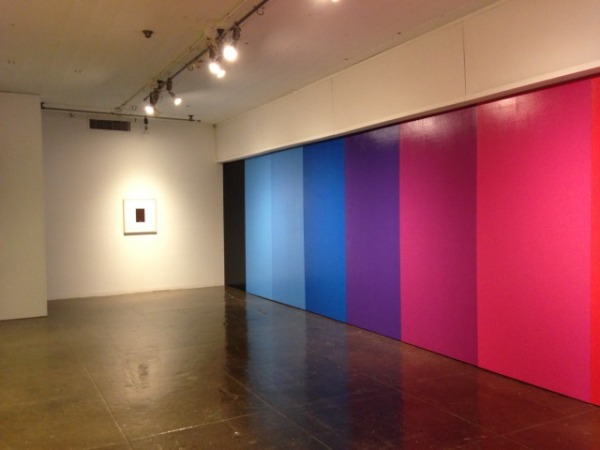 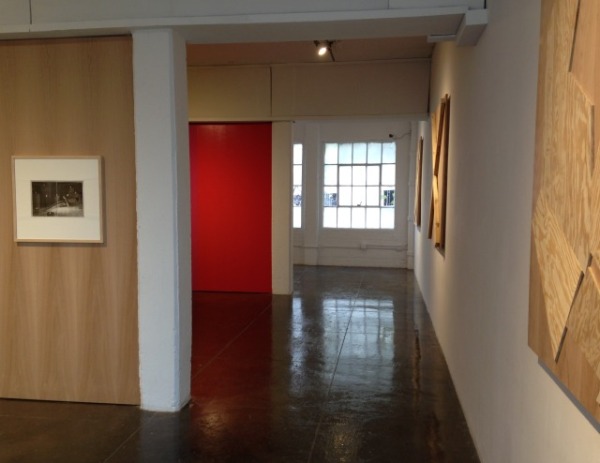 With many Lake|Flato buildings, a principled range of materials — stone, steel, concrete, wood — are recruited to create airy, boxy forms that provide unambiguous continuity between outside and in. You can see these same effects play out in their work, from the award-winning H-E-B Montrose Market to the designs for a number of new Houston-area projects: townhouses in East Downtown, a park in Bellaire, the Midtown Arts and Theater Center Houston (MATCH), and renovation of the Sunset Coffee Building for the Buffalo Bayou Partnership.

For some, though, such consistency and similarity can shade into homogeneity. In Cite 86, Mark Cottle and Sabir Khan take Lake|Flato to task for creating an industrial pastiche with another Houston project, the Barbara and David Gibbs Recreation and Wellness Center at Rice University. They criticize the building for being “a project that defaults to the calculated application of faux-urban imagery and materials drawn from nineteenth-century warehouses, the sort of thing that marketers use to lend a splash of excitement to essentially bland suburban spaces and endeavors — like a NikeTown or Spaghetti Factory.” A material and formal necessity that was linked to production, in other words, is replaced by an arbitrary aesthetic that is “designed” for consumption. Cottle and Khan might argue that the gym is guilty of cultivating the same “industrial chic” you see in coffee shops, where tables stand on gas pipes and espresso is served on reclaimed driftwood. 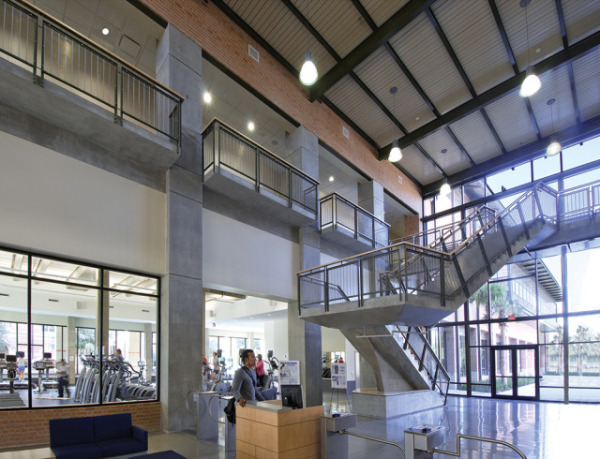 Maybe Cottle and Khan would have wanted Lake|Flato to salvage some conveyor belts for use as treadmills? I’m not convinced that the gym is as cynical as Cottle and Khan argue. Still, if such a warehouse aesthetic doesn’t exactly work on a campus like Rice, it does in the former industrial area in Downtown San Antonio where Artpace is now located. Cottle and Khan wish that Lake|Flato hadn’t tried to make a new building seem old. But the success of Artpace is that an old building has been allowed to be old. The unembellished rawness of its materials calls to mind the “pragmatism” that Thomas Fisher praises in the introduction to the Lake|Flato monograph Buildings & Landscapes. Fisher writes:

In traditional and resource-strapped cultures, people make do with what they have available to them. But only in America did that practice become a philosophy — pragmatism — characterized by experimentation, a lack of formality, a concern with the consequences of human actions, and a willingness to go with what works, regardless of how it might appear to others. This pragmatism is evidence in the humble working buildings that Lake|Flato so admires: ranches and farm buildings, old factories and commercial structures, hunting lodges and fishing shacks.

I admire those humble working buildings, too. Despite the highfalutin enterprise of contemporary art, the Artpace building suggests a willingness to go with what works, to borrow Fisher’s phrase. The galleries, stripped of art, could house a band saw, and it wouldn’t feel out of place. Of course I’m risking fetishizing the work, glamorizing a past that wasn’t that glamorous. I spent much of my boyhood on a farm in Indiana, and I can’t say that my grandfather carried his buckets between the outbuildings with the euphoric glow of dignified labor. Still, I like the middle ground that Artpace occupies between the well-funded official cultural institutions that a city puts in its promotional materials and the idiosyncratic activities undertaken by individual residents on their own. A city can’t be only highrises and hovels.

When I visited Artpace a few weeks ago, it felt as though I were walking in on someone’s studio more than visiting a gallery. It wasn’t disappointing, though. The feeling took me back to a weekend I spent in Austin during E.A.S.T., the citywide studio tours, when artists and craftspeople open their doors and allow you to wander in, check things out, see what they’ve made, and get an idea about how they work. 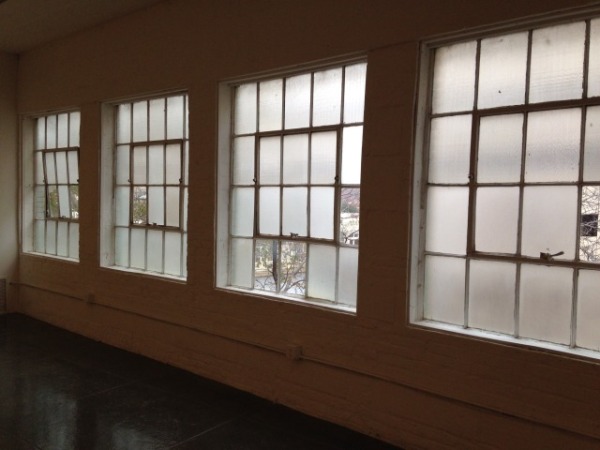 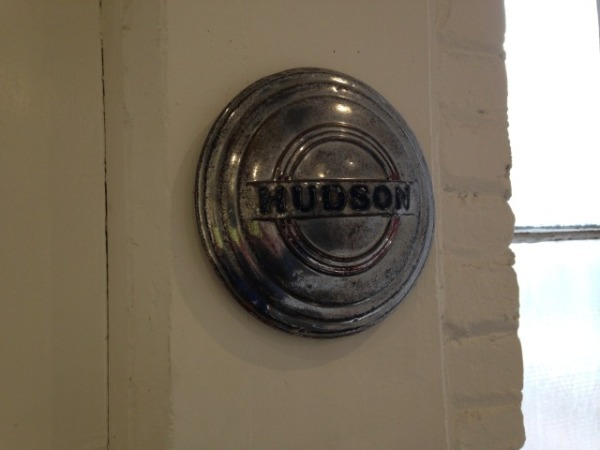