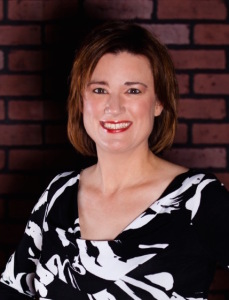 Sara Kellner, quickly appointed as interim Director of Civic Art + Design by the Houston Art Alliance on December 10 after the resignation of former Civic Art Director Matthew Lennon, has been given the job permanently.

Kellner is a veteran arts administrator, who served as executive director of Diverseworks from 1999-2006. Between 2006 and 2015, Kellner was the arts in transit manager for METRO’s Houston Light Rail Expansion, and an outside consultant  for many arts organizations.

Kellner stepped into a maelstrom of controversy over Houston artist Ed Wilson and the on again/off again George R. Brown Convention Center commission, and was charged with clarifying rules governing the selection of artists and panelists for civic art projects so that HAA could proceed quickly with a re-consideration of the project, which HAA announced on January 8.

The old policies, posted on HAA’s website were a mess. Details of the new policies have not yet been made public. “Bringing artists and organizations together” is the top item in the list of services Kellner’s consulting firm offers, and in HAA’s case, she’s got her work cut out for her.

Shocking. What ever happened to that nation wide search?

It is shocking! Yet no one is speaking out. I feel like it is a huge missed opportunity. Sara does not have the experience necessary to reign in this pony and to make the needed upgrades and changes to the Civic Art Program. This goes back to Mr. Glus’ ability to hire the right people. His record is abysmal. There should have been a real national search and someone really qualified hired. This is dysfunction hiring dysfunction or hiring someone who will defend the status quo. It’s actually depressing and does not bode well for the future of Houston’s art world or especially for its artists.

On the contrary – Sara has the experience, the character, and the integrity necessary for this position.

and on the contrary, Kellner does not have the skill to handle the complex job of Director of Civic Art and Design in Houston.

Metro art should not have taken a decade

I would not condemn Sarah for the ills of Metro. She was as much a victim of the snail’s pace of the project as the artist’s were (or are still!!) To her credit, she changed terms of contract so artists did not need to wait until their project were complete. I’d still be waiting for my final payment. Let’s give her a chance before condemning…..

I have confidence that Sara Kellner has the skills and experience and “will reign in this pony” but I would keep in mind this is not as easy as flushing the toilet. Civic art money is first of all a nexus of politics and economics, and that combination is in the hands of various cliques and posses, of artists, dealers, collectors, interested viewers, academics and the the usual gang of idiots. Then somewhere down the line are aesthetics and practicing artists. Perhaps the best choice was local, someone with knowledge of those various factions as they play in H.

Glus needs a “yes” person for the job. Please name one major civic art project or installation that Kellner has initiated. Something with a little “wow” factor would be an added bonus.

This should have been an open search. At least see who else is qualified and interested. At least give the perception that you aren’t hand picking your cronies even when all indicators show that’s what just happened. These folks don’t even give a damn enough to try and make their actions look transparent. That’s when you know for sure that HAA could give a damn about the local artists and the arts community.

No public statement has been released from Glus, just ambiguous and cryptic unsigned messages from his entity.

#HAAisaJoke and the joke is on us.

With all due respect to Sara, it would have been meaningful to wait and perform a nation-wide search in earnest. What would have been even better? A forum to air issues with the historical process and to try to reconcile the visions of HAA leadership, the public, the art community, and the city for the public art program before naming Matthew’s replacement. Asking someone to lead a ship without a clear direction (at least, to the community at large) seems to be asking for failure, regardless reputation or capabilities.

It is hard to say anything when all the people involved are friends and respected, certainly by me. Having said this, there are some great and valid points in several of the comments above, save for “the usual gang of idiots”. In my opinion when one gets to this level one’s opinion looses validity. As for Sara, since it is “ALIA IACTA EST”, let us support Sara while continuing to ask for an explanation and excuses from the people that have not done so and, push for a restructuring/sanitization of HAA, after all, this is a republican democracy, isn’t it?

And yes, my sentences, they are so long… the benefit of being a Spaniard.