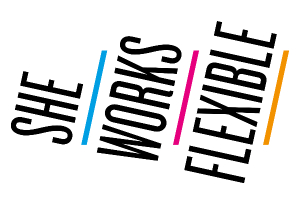 The art space up to now known as The Brandon, at 1709 Westheimer Road in Houston, is no longer. The new project taking root there and scheduled to open January 16 with a two-person show is called She Works Flexible, overseen by artist/curator/director Lynne McCabe, who is no stranger to Houston’s art scene (older link but there it is). Dan Fergus still owns the space.

Those in charge of The Brandon (Cody Ledvina, Patrick Bresnan and Dan Fergus) have moved on from that project; McCabe took on the physical space months ago, overseeing the planned summer arts program there created by photographer Goeff Winningham, while beginning her launch of a brick-and-mortar manifestation of her own ongoing curatorial project (also called She Works Flexible). The new space, under McCabe, will feature a program of two-person exhibitions, each one featuring one regional artist and one international one. The first is called SENSATIONAL LANDSCAPE and will feature “the work of Texas educated artist Cat Clifford and Arizona based artist Erika Lynne Hanson with an accompanying text by Egyptian artist Malak Helmy.”

An adjacent space on Dunlavy called FLEX will also be overseen by McCabe and “will serve as a site for pop-up shows featuring emerging artists and practices not typically found within the confines of a commercial gallery.”

(And the name She Works Flexible? McCabe says it came from a text in the 2007 book “Taking the Matter into Common Hands: On Contemporary Art and Collaborative Practices.”  The phrase resonated with her for reasons that should be understandable to working artists/curators.)

She Works Flexible Set to Close