In Conversation: A Jennifer Reeder Preface to the Dallas Medianale 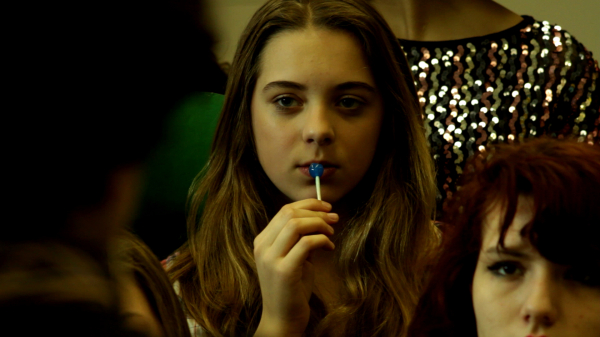 Still from “A Million Miles Away”

I first saw Jennifer Reeder’s work at the 2014 Dallas VideoFest. Rarely am I compelled to watch a video or film multiple times, but her short A Million Miles Away haunted me. Even after watching it seven times, I’m still finding something new in it with each viewing. Evidently, I’m not the only person who loved this work; the film won the grand prize at the U.K. film festival, Encounters, which qualified it for consideration for an Oscar nomination. Reeder’s film also won awards at the German Oberhausen Festival, Vienna Shorts Festival, Chicago Underground Film Festival and the Ann Arbor Film Festival.

I suspect Reeder has super-human energy since in addition to her prolific film work, she’s an associate professor in the Moving Image Department at the University of Illinois at Chicago, where she teaches and directs the graduate studies program. Throw motherhood on top of her schedule. 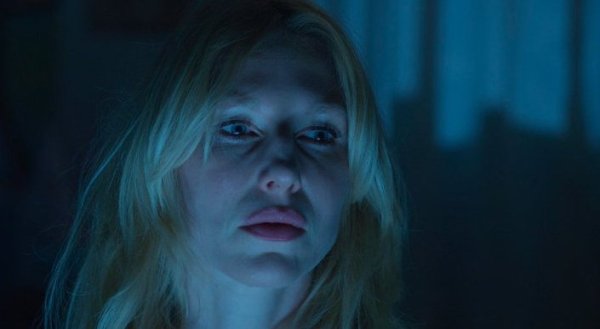 Still from “And I Will Rise…”

On January 9 and 10, 2015, The Dallas VideoFest will kick off an experimental new program titled “Medianale,” and will screen more of Reeder’s work. Linking them are the artist’s beautiful-yet-disturbing experimental narratives exploring struggling relationships; Reeder’s characters are poignantly flawed humans, yearning for something more from life. Featured at the “Medianale” will be Reeder’s Forevering Trilogy as well as A Million Miles Away. Forevering is a series of short films adapted from a feature-length script she wrote during a screenwriters’ lab at the Sundance Institute. The trilogy’s first film Seven Songs About The Thunder is a dark comedy about a mother, a daughter, a liar and her therapist. In Tears Cannot Restore Her: Therefore I Weep, a professional sign language interpreter has a hysterical emotional breakdown while signing for hearing-impaired physics students. The third installment And I Will Rise, If Only To Hold You Down is about an impending divorce and the tangled miscommunication common to relationships. Don’t let the formality of the titles fool you. The films are filled with dark humor and the messiness of everyday lives. 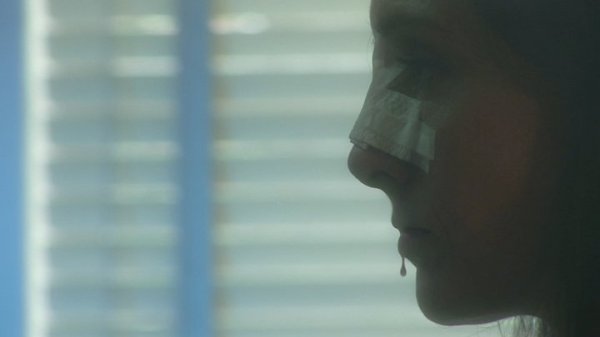 Still from “Tears Cannot Restore Her…”

The following is an excerpt from a recent chat I had with Reeder.

Colette Copeland: When I first saw your films, I was awestruck by the beauty of the videography. In contrast, the characters are usually ill at ease and full of angst. Is beauty a conscious strategy to seduce your viewer into your narrative?

Jennifer Reeder: Yes, for sure. I want to draw my audience in through the sound and image. I want them to be curious enough to invest in the characters and the story. Beauty is seductive and a valuable filmmaking tool. This is especially true for me because my narratives are not conventionally plot-driven. I hope it’s like being drawn in by the weirdest girl in the room and finding her totally irresistible.

CC: Reoccurring themes in your work include trauma, coincidence, women and Ohio. How much of your story telling is based on real events and how much is fictionalized?

JR: There is often a small moment of truth that inspires the remaining fiction. Recently though, that “truth” is a moment that exists in one of my other films – the recent ones are all thematically related.

CC: Monsters, sexual side effects, Vito Acconci and telepathy are a few of your influences. Expand on how they have influenced your work.

JR: The monsters are the misfits and I love a misfit, especially a female misfit; she has so much potential to transform and transcend if she exists on the fringe. Being “outside” can be very powerful. We live in a culture of side-effects and the ones that disrupt human intimacy are the cruelest. Vito Acconci’s early video works like The Red Tapes or Undertone are radical in their portrayal of the outsider and they remain fresh and direct to this day; they endure. My own early works are performance-based and the influence of early feminist video art is clear. Many of my recent films feature some form of inaudible or non-verbal language. We humans communicate in many different forms and I personally have always wanted to communicate telepathically—this is probably why I make films. Anyway, the brand-new film Blood Below the Skin (still in post) features a teen girl with telepathic abilities. She has enormous agency, which is not attached to verbal language.

CC: Tell me about the strangest thing that ever happened [to you] while making a film.

JR: I had a producer fire himself from the production and I have had DPs exchange camera cards without downloading the footage first (so we lost that footage). Funny things happen in the editing suite as well, like the time that I had a pair of underwear stuck in my pants behind my knee and I pulled them out and flung them right into the face of my editor (not on purpose).

CC: What is 1 thing that most people don’t know about you?

JR: I have a loud personality so I think that people assume I am an extrovert, but I am not. I am a text-book introvert and it’s getting worse as I get older. My preference would be to not leave the house for weeks at a time. I hear David Bowie in my head: “I don’t want to go out, I want to stay in, get things done… .”

Yes, truly an incredible film maker. So glad to have been able to see her work. Congrats to well earned responses.