HAA to Inspire Out-of-Towners with Sweepstakes 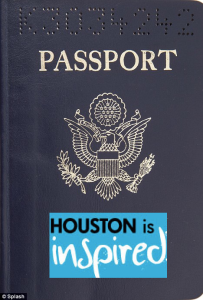 The Houston Arts Alliance (HAA) may not be inspiring a lot of confidence within the local arts scene as of late, but they’re now looking elsewhere to make new friends. HAA is partnering with Southwest Airlines for a sweepstakes contest called “Let Houston Inspire You!” Individuals may enter through December 19 for the chance to win this “Houston-inspired” spring 2015 weekend for a family of four.

HAA may be getting a bit more realistic with its deadlines; the contest rules state that, “On or about January 6, 2015, a random drawing from all eligible entries received will be conducted by Houston Arts Alliance.” For more details, go here.

*your eligibility may vary. Results of the random drawing subject to review by the HAA’s Civic Art Committee, HAA Executive Committee or full Board.

Fill in the blank TX artists