As usual, the Hunting Art Prize folks have announced this year’s jury shortly after the deadline for submissions (which was November 30), so that entrants wouldn’t waste time trying to figure out the juror’s preferences. Artists who sent in their single entries in hopes of winning the $50,000 award and now want to fret about whether they sent in the right image can do some research on these jurors: 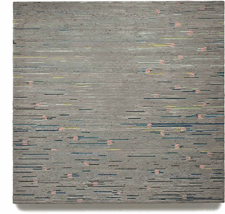 Many artists complained that the Hunting was too focused on representational art. Then this work by Winston Lee Mascarenhas was chosen as the 2014 prizewinner.

The award is the largest prize in its category in North America. Open to legal Texas residents, the competition accepts a single image of a drawing or painting only. The jury will make their cuts (usually to a list of over 100) and make an announcement of finalists (usually in early March). The 2015 winner will be announced at the Hunting Art Prize gala on May 2 in Houston.