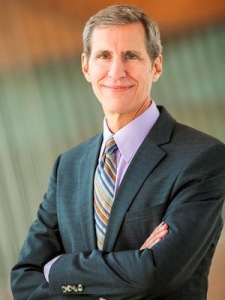 After all this week’s departure news (Annette Carlozzi leaving the Blanton; Amada Cruz leaving Artpace; and Hills Snyder leaving Sala Diaz), here’s another: former Texan Don Bacigalupi is leaving Crystal Bridges to become the founding president of the Lucas Museum of Narrative Art. The Lucas Museum and Crystal Bridges made a joint announcement on Monday, reports the Chicago Tribune.

Bacigalupi receives honorary Texan status since he spent two decades here. He received his undergraduate degree from the University of Houston (’83) and his M.A. (’85) and Ph.D. (’93) from the University of Texas. He was then curator at the San Antonio Museum of Art (’93-95), and chief curator and director of the Blaffer Art Museum until 1999.

After a couple of other director stints elsewhere, Bacigalupi joined the Crystal Bridges Museum of American Art (sometimes referred to as “the Walmart museum”) in 2009, which opened to the public in Bentonville, Arkansas in 2011. Now, still basking in the success of the mega-exhibition State of the Art: Discovering American Art Now (he was even featured on warm and fuzzy CBS Sunday Morning show earlier this month), it turns out that he will be assuming his new position in Chicago on January 15 (four days before State of the Art closes). The $700 million, futuristic Lucas Museum building will be funded by billionaire Star Wars creator George Lucas and has a proposed opening date in 2018. 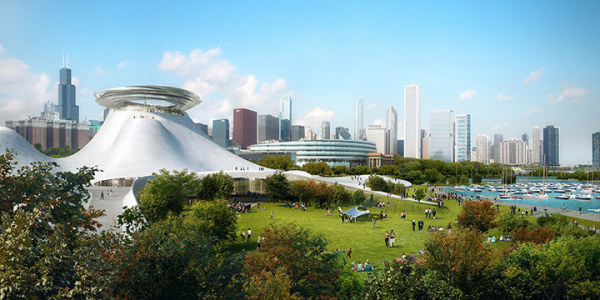