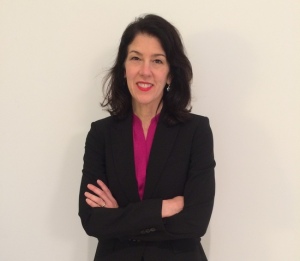 This past spring, it was announced that Maura Reilly was leaving as director of San Antonio’s Linda Pace Foundation after less than two years on the job joining the organization in November 2012. Now it seems that Artpace’s executive director Amada Cruz will be leaving San Antonio to accept the job as director of the Phoenix Art Museum. Phoenix began its seven-month national search a little over a year after Cruz began her tenure at Artpace in November of 2012. She will assume her new position on February 1.

Cruz will succeed longtime (almost 40 years, and 32 as director!) Phoenix Art Museum director Jim Ballinger, who announced his retirement earlier this year. “The Phoenix Art Museum is at the same crossroads that many arts and cultural institutions are at the end of the recession,” Ballinger told the Arizona Republic. “Infrastructure sustainability is an ongoing challenge.” No need to tell that to the Pace Foundation and Artpace!

Seems like the new norm for this institution. The inconsistency/rapid turnover in leadership translates to inconsistency in programs and a decline in quality in general. It also points to systemic problems. The residency program has really been in decline over the past 6 or 7 years. It’s sad because Artpace was so great during its first 10-15 yrs.

Is there something in the San Antonio water?

No one can replace Linda Pace.
I would borrow money to go on her trips to ArtBasel, Manifesta, and Documenta. My husband Dave quit complaining about cost after going to Japan with her.

It was about her vision! The artists she selected were at the beginning of an opportunity to soar to great heights.
And then there was her commanding profile, very tall, elegant and well-dressed in artful clothing.

She made money available so that whatever an artist might need to finish a project was provided. She was generous with all she had.

She left a plan in place for after she was gone, but hers was the breath that kept the momentum going.

She was the picante sauce on the taco.

Yes, I know I have posted something corny that’s not about the art, but that’s just how I feel. I miss her.

Of course Artpace and the Linda Pace Foundation are two different organizations with different boards.