Graffiti Magnet Back From the Brink: Dallas to Keep Irwin’s Park Portal Piece 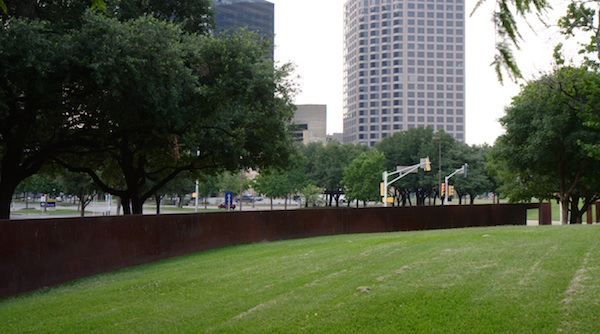 Robert Irwin’s Park Portal Piece (Slice), installed in 1981 in Dallas’ John Carpenter Plaza, which was slated for removal when street re-routing permanently changed its site, may be re-installed after all.

When plans to reconfigure the severed parts of Carpenter Plaza into an arts district gateway destroyed the sculpture’s original site, the piece was removed, and the permission to destroy it granted by the 86-year-old California artist, who called the piece “leftover steel” in a 2013 interview with the Dallas Observer. The most recent re-designs of the park re-incorporate an Irwin-approved relocation of the piece, despite its long history as a graffiti magnet.

Although Kay Kallos, manager of the city’s public art program, called the loss of Irwin’s 700-foot rusty steel wall “devastating to the city of Dallas,” some of the Dallas Park and Recreation Board were less than happy to keep the industrial monolith amid the bocce courts, food trucks and other amenities.

So far, no one’s worried about the pink granite and bronze sculpture of Texas electric industry giant John W. Carpenter, which was also in the park. 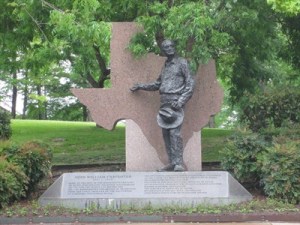