The Sarah Morris film 1972 begins with Munich cityscapes at dawn, then cuts to spring colors of the Olympic stadium. And then we see a close-up of a poster for the 1972 Games, a design by Otl Aicher meant suggest a rejuvinating idea in post-war Germany. Visually, we are in a time of new beginnings. But a voice-over narration undercuts this revitalizing theme. It speaks of political and philosophical dilemmas, and introduces a metaphorical gray area that taints the optimism of the opening color scheme. The speaker begins:

“Especially in this case, there won’t be a historical truth in the sense of a reality. Historical truth is only the sum of subjective perceptions, interpretations and thoughts, which can be slightly proven by comparing dates and comparing statements and documents. But the real truth remains an ideal, a dream, something which isn’t real.” 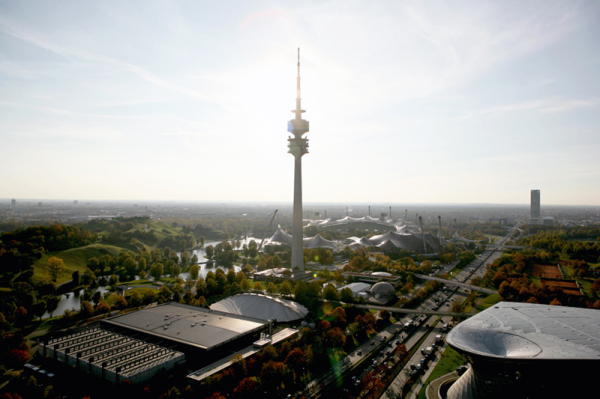 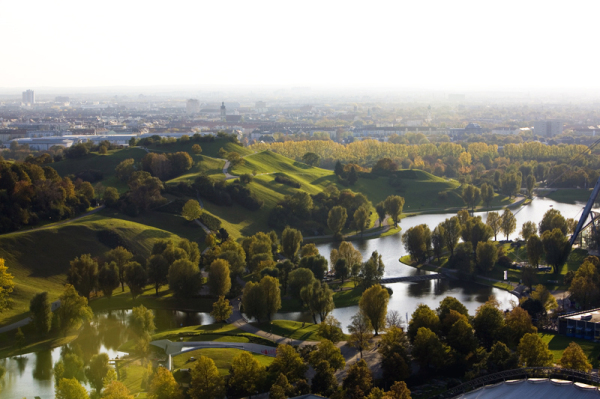 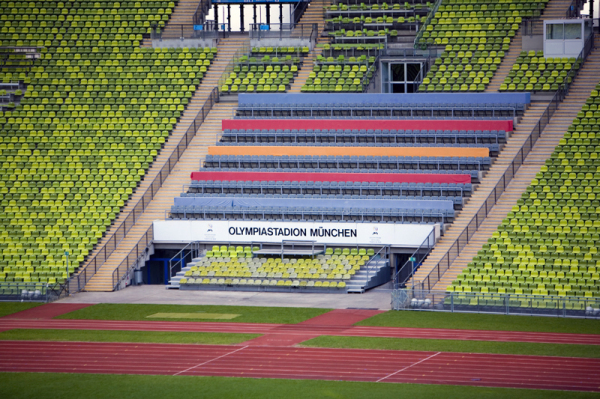 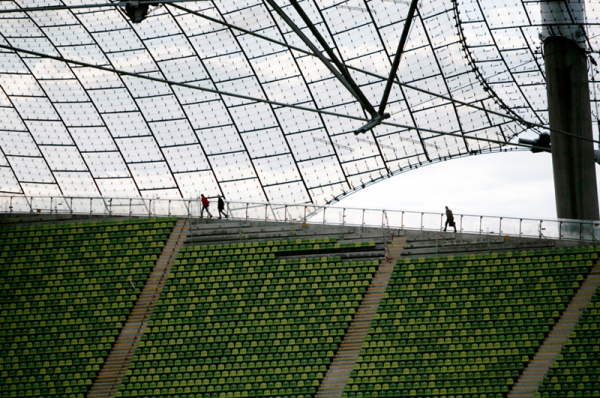 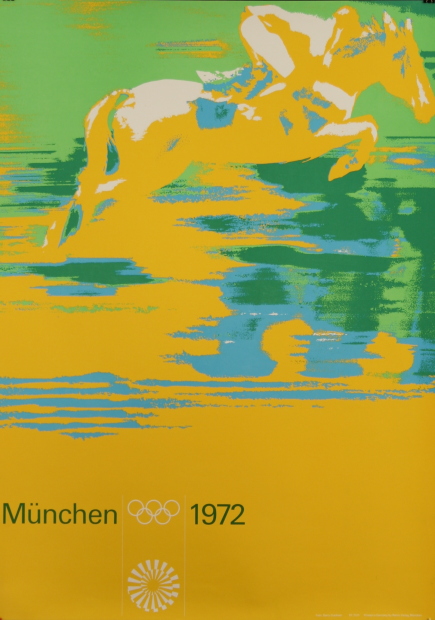 Morris’ set up is clear. The Edenic possibilities that radiated from the design of the 1972 Games were haunted by an understanding of the possibility of good and evil all along. From this point on, the focus of the film is on the speaker of that opening narration: Georg Sieber. 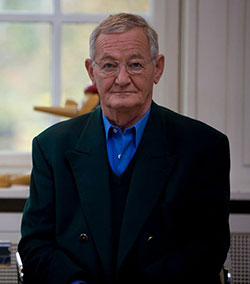 The 1972 Games in Munich will forever be associated with the massacre of eleven Israeli athletes who were kidnapped and murdered by the Palestinian terrorist group Black September. Georg Sieber was a consultant and psychologist hired by the National Olympic Committee and Munich Police to train the security team for these Games. He is a mesmerizing speaker and it is his deftness with language that draws Morris away from the mythic emphasis at the start of the film to focus on his manner and use of  language. The majority of the film is talking-head footage, in which Sieber discusses, more than anything else, the trajectory of his career as a security consultant and his duties for the Olympic Committee and the police.

I catch a sense that Morris is interested in Sieber as a Mephistophelean character in her film. Sieber inadvertently fills this role for her, not for the reason that he speaks cynically or preaches a doctrine of philosophical negation (he does neither of these things in the film), but for the way he reveals real faults in the established system. For all his credentials and past successes, which includes an impressive time of orchestrating cooperation between the leftist student activist group SDS and the police during the late 1960s, Sieber cannot successfully deflect charges that there was some form of German complicity in the massacre. It is not as though Sieber is a culprit. But neither is he an agent for the whole truth.

Sally Frater, curator for the 1972 exhibit at SMU’s Pollock Gallery in Dallas, writes in a program about how Sieber’s “convincing case for faith in procedure, rehearsal, and systematic structures, as well as a fairly effective display of ‘objectivity'” is undercut when Sieber addresses the fallout that ranged from the murders of the athletes. How Sieber’s “own words reveal his biases, his resentment towards the burden of the political history of his motherland, and the fact that . . . the version of the truth that he presents can ultimately be yet another ‘subjective perception.'”

Mephisto’s big problem, as Goethe describes him, is that despite a dazzling sense of sophistication, his view is narrow, thus his overall outlook is flawed. And just as Mephisto runs away with a story built on religious legends of cosmic justice, Sieber’s story draws Morris’ attention away from a wide view of events to a singular view, and for her reduction a powerful rhyme is lost between events of the 1972 Games and the complicated, bloody situations out of religious narratives about God’s covenant with one society over another. Black September is never mentioned in the film. Nor is the man hunt by an Israeli special forces unit. Certainly both parties felt they were acting out a religious sense of justice. (Retribution for the massacre came in Lebanon the following year, with Israeli special forces’ Operation Spring Youth—a name that rings with powerful and terrifying themes of new beginnings.) There was ample television footage of the crisis, including bloody images of the aftermath of the massacre. Morris employs none of it.

I think there is a lost opportunity to tell a cosmic story, one that Morris hints at in the beginning of the film, then loses the thread of; a film that could astonish viewers by presenting the idea of a new beginning and a new fall by searching the ambitions and ultimately devastating events that make up the awesome circumstances of the 1972 Munich Games. It must be remembered that Morris’ film is not being presented as a documentary, but rather as an art installation. Why shouldn’t the sky be the limit? Morris flirts with epic themes for about a minute, then abandons them for a scientific form: the interview. 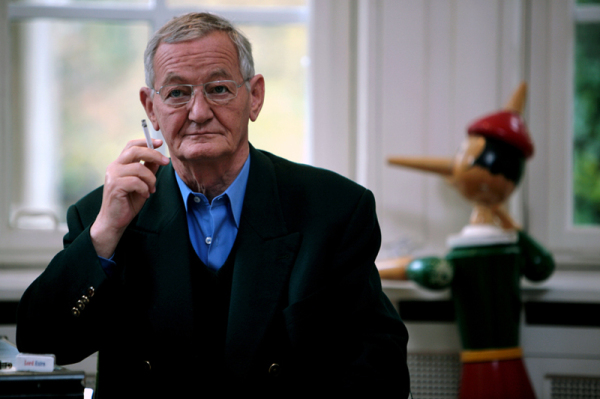 In a curatorial walkthrough of the exhibition, Frater suggested viewing 1972 under the “postmemory” theory. This idea put forth by Marianne Hirsch in the early 1990s describes the relationship that the generation after the Holocaust bears to the personal and collective trauma of those who experienced it, through the means of stories, images, and behaviors among which they grew up. For this “generation after” there was a sense in growing up that one world had ended and another had begun, and just as the old world could never come clear to them though experience, only through the memories of the “generation before,” the new world had yet to offer them any indication of how their lives would be. Frater suggests “postmemory” is an illuminating way to look at certain intentions of the artist Gerhard Richter, particularly his “out of focus” paintings, which suggest, among other things, that visual memory is never very clear. And Frater suggests that Richter’s work, like “postmemory,” is an effective sign under which to view Morris’ film.

Indeed, Morris is a skillful filmmaker and she illustrates the tension between Sieber’s subjective perception and external accounts of the breakdown of security at the 1972 Games with sly techniques of focusing and editing. The veracity of Seiber’s statements are put into question by shots of a Pinocchio figurine that hovers in the background of his office. One moment Sieber is shown speaking and the dimensions of his office are clear, the next he is shown with his office reduced to a background of soft-focus haze. And one moment Sieber delivers an earnest description of events to the camera, but the next he’s posing with a cigarette like a villain out of central casting. Scenes with Sieber being chauffeured in a BMW show him as privileged enough to inhabit the realms of philosophy and strategy full-time and someone removed from any tactile experience with reality. There is a point in Sieber’s backseat discussion when Morris cuts to a shot of the BMW’s steering wheel, the driver’s gloved hands turning the wheel fast for a hard left turn, and a sharp pun is made about the diverging paths of narrative.

The problem with Morris making a film under the sign of “postmemory” is that she is of the generation after the “generation after.” She was born in 1967. What is more, she is American, not German. Perhaps she felt, in the interview with Sieber, that it was inappropriate for an outsider to confront someone truly of the generation after the Holocaust with images of blood and terror, or that it was bad form to link a civic-minded, “generation after” German with an act of brutality, even if that someone was the head of security for an event that was breached horribly. Minus the provocation that such images provide (a stocking-hooded terrorist, the bloody floor and walls of a murder scene) Morris’ sly disruptions of Sieber’s narrative (Pinocchio, the chauffeured BMW) seem only ironic at best and passive-aggressive at worst. The effects Richter achieved with a blurred technique cannot be achieved by Morris, not on a “generation after” subject like Sieber. Time and distance are the reasons. 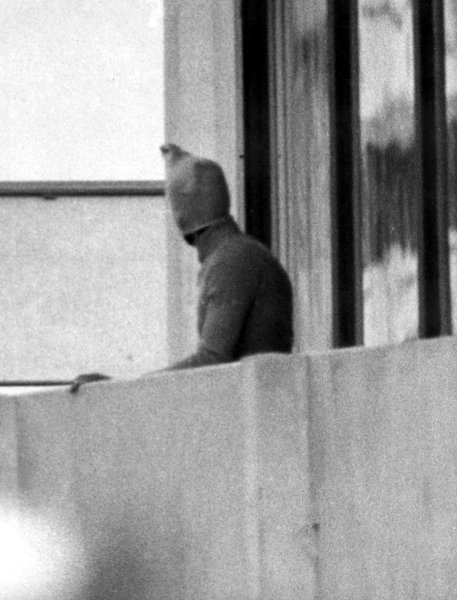 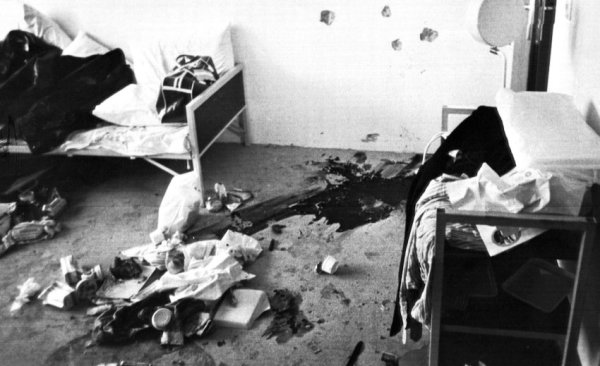 I think the film that makes the most dynamic description of “postmemory” feelings is In A Year With 13 Moons by Rainer Werner Fassbinder, released in 1978. The mythic quality of the title creates a sense that this is a time outside of ordinary time, and invests the milieu with a charged sense that anything magical or devastating is possible. The main character, Elvira, is a transsexual. Actually, there is indication that the surgery that transformed Elvira from a guy named Erwin was botched, resulting in the butchery of her sex. This sets up a sense that a way of life is ending and not able to fertilize the way of life that is beginning— generational order and traditions aren’t carried over in full. The brutality of the Holocaust is not mentioned overtly in Fassbinder’s film. But a casual stroll through a slaughterhouse taken by Elvira with a friend is a sign to the massive death industry that haunts “generation after” Germans through every mundane walk and conversation. That slaughterhouse scene goes on for a long time. And it is hard to watch for the real gore that is happening. But those difficult images connect viewers of any generation with the situation of that specific generation in German history, and it does so in an unforgettable way. 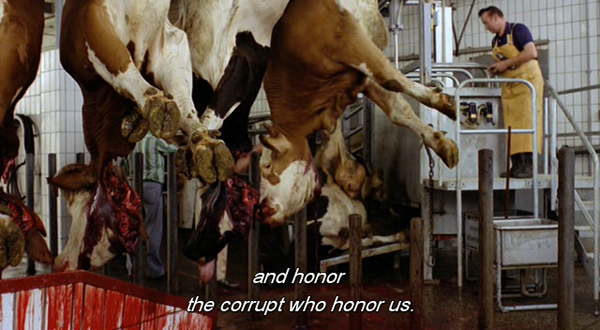 Still from Fassbinder’s “In a Year With 13 Moons”

1972 is a good fit for a campus gallery. The sociological messages, the problem of subjective perspective in historical events, and the fine filmmaking abilities of the artist make good discussion points for students. But I suggest they also get assigned a film like Fassbinder’s, if the object is to investigate “postmemory.” Fassbinder understood that history is not  just an ironical concept; it is also red meat.

Inter(re)view with Sally Frater, curator of “There is...