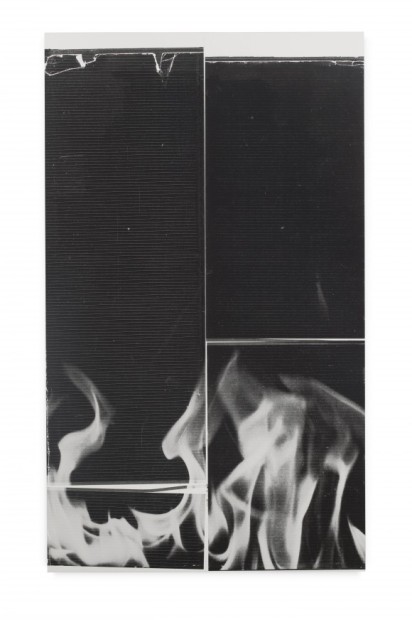 The big splashy TWO x TWO for AIDS and Art Gala has been one of the biggest art events in Dallas for sixteen years. Held at Howard and Cindy Rachofsky’s Richard Meier-designed house (and tent on the lawn), the party attracts big spenders and networkers internationally; the Rachofskys spend a good chunk of each year traveling to various cities worldwide to secure the lots for the auction (and asking some local artists and galleries to contribute as well).

Many of the lots are silent auction, but each year there’s a marquee lot for the live auction, usually accompanied by the artist and his or her primary dealer, and this year’s super special broke the price record: Wade Guyton’s piece sold for $2.6 million to an anonymous bidder on the phone to Cindy Rachofsky. Sotheby’s veteran Jamie Niven was the returning auctioneer. He is quoted in the DMN: ” “I’ve never seen that…  Not in a charity auction. I’ve never seen that.” It’s a big inkjet on linen, of course, and its estimated retail was $350,000. The last record was set three years ago by a Mark Grotjahn piece for $1 million.

All TWO x TWO proceeds are divided between the American Foundation for AIDS Research and the Dallas Museum of Art. The total take this year also set a record at $7 million.