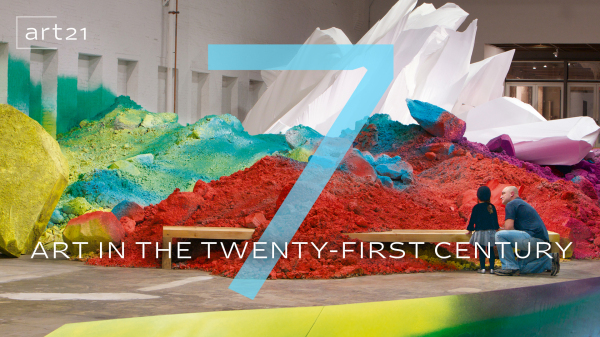 As an educator and artist, I have been an avid fan of Art21 for more than a decade. Although I didn’t research hard stats on this claim, I venture to agree that the PBS series has probably reached more viewers and produced more awareness about contemporary art than any other arts education initiative to date. It’s a lot of exposure for the few lucky chosen artists.

What makes Art21 so successful is how it demystifies the conundrum of what we refer to as contemporary art. The general public (including many of my art-appreciation students) are baffled by a lot of contemporary art, especially if it doesn’t fit into the historical canon of painting, sculpture, drawing and photography. If an artist is working in non-traditional media with non-traditional methods and there’s a socio-political idea thrown in, it can cause major confusion. 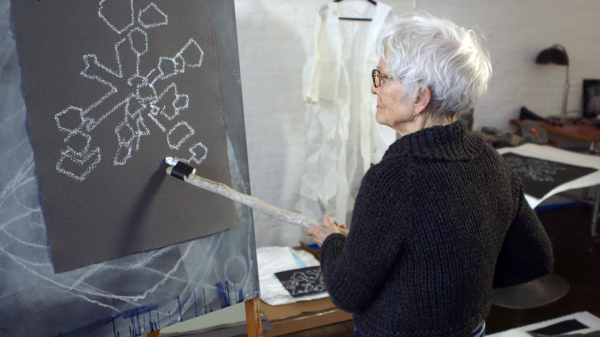 Joan Jonas in the discussed episode of Art21

The Art21 strategy is relatively simple—create short segments from the artists’ point of view, speaking in their own words and showing them working either in their studios and/or on site at an exhibition venue. It is humanizing and surprisingly effective. Season 7 continues this strategy. During a recent public screening of the season premiere at the Texas Theater in Dallas with Art21’s executive director Susan Sollins in attendance, we saw one full episode that showcased three artists (which is the usual format)—Katharina Grosse, Joan Jonas and Omar Fast. The episodes are always themed, and this episode’s theme was fiction. The episode had a Dallas interest because much of the Grosse footage was shot during her Nasher install last summer.

Grouping disparate artists in terms of an open-ended theme creates a platform for discussion. In this episode, I didn’t much see the theme’s connection to Grosse’s work, but Fast’s video work embodies the fiction theme, and one could make a case that Jonas’ work relates to storytelling. Throughout the episode, all three artists spoke about their intentions and how they carefully consider each technical and formal decision in their work. I felt a bit conflicted about some of the editing in Jonas’ video; she came off a bit like a feeble old woman, rather than the powerful creative force she’s embodied throughout her career. 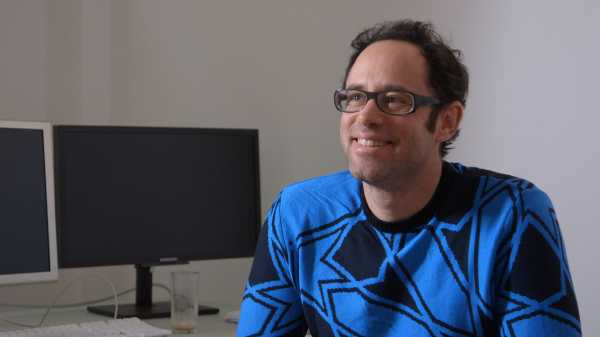 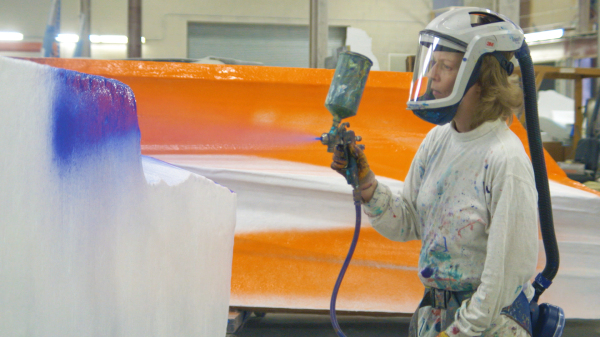 Katharina Grosse at work in the premiere episode of Art21’s seventh season.

After the premiere, host Jeff Whittington (a producer at Dallas-based KERA) held a Q&A session with director Sollins. Acknowledging the artists in the audience, Whittington asked Sollins about her artist selection process. She said that she looks for artists who are innovators, and that it isn’t important if the artists have achieved widespread success. Someone pointed out that Texas artist Trenton Doyle Hancock was featured in Season 2 (in 2003), prior to his national recognition, though one could argue that once an artist has been featured on Art21, his or her profile will certainly improve after the episode airs.

One strength of Art21 I admire in particular is its commitment to diversity. Out of 136 featured artists thus far, 49 percent have been female and only about 30 percent have been European or U.S.-based white males. I didn’t get a chance to ask Sollins my burning question about money and how most of the featured artists work in large-scale productions. Who’s funding their practices?

Otherwise, I was happy to hear that Art21 has expanded. Sollins discussed two of its satellite programs: One is “New York Close Up,” which focuses on younger and emerging artists in New York City, and the other is “Artist to Artist,” an online interview-style program where an Art21 artist talks to other artists at a big art event like the Venice Biennale.

Season 7 of Art21 premieres on KERA (PBS) on Tuesday nights starting October 28. Program your DVRs. Thanks to the Goss-Michael Foundation and Mark Dorfman (an Art21 trustee) for sponsoring this event, so that it was free for everyone to attend.

Claire Danes is the New Full-Season Host of...

Susan Sollins, the force behind ART21, Has Died