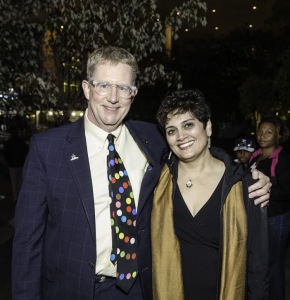 Although Glasstire reported that Darryl Lauster was the lone Texan shortlisted for the ArtPrize (the international art competition based in Grand Rapids, Michigan), we are also going to claim the grand prizewinner as an honorary Texan. Anila Quayyum Agha received her MFA in Fiber Art from the University of North Texas in Denton in 2004. She then hung out in Houston for while as a 2005 artist-in-residence at the Houston Center for Contemporary Craft and participated in the 2005-6 Creative Capital Professional Development Workshop at DiverseWorks.

Intersections by Anila Quayyum Agha won both the Public Grand Prize and tied for Juried Grand Prize, making her the first artist to win in both categories. She received a total of $300,000 in prize money. 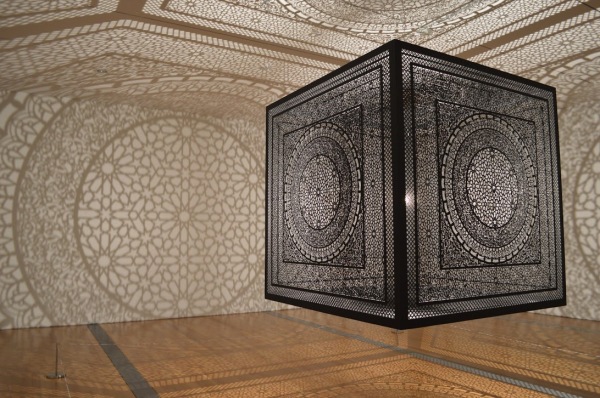 Newcomers Make Up Almost All of the ArtPrize...