The Nasher Has a New Assistant Curator and You’ll Never Guess Who It Is! Oh Wait! Yes You Will! 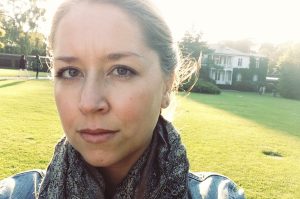 I may be jumping the gun a tad, but not by much. Some little Facebook birds let on over the weekend,  possibly inadvertently but nonetheless clearly, that Leigh Arnold has been appointed Assistant Curator at the Nasher Sculpture Center.

Up to last year, as she finished her masters at UTD, she was a research project coordinator at the Dallas Museum of Art and the researcher and co-curator for the “DallasSITE” 50-year retrospective there. After that fellowship ended, she joined the Nasher as curatorial fellow. Now they’ve made her a an honest woman by giving her the real title and responsibility. Arnold has been a key and keen member of the Dallas art scene since she landed here 2006. Congrats, Leigh Arnold! We’re glad you’re sticking around.