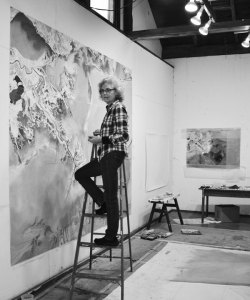 The United States Tax Court ruled earlier this month that artists who make little or no money from the sales of their artworks and support themselves through teaching can continue to deduct their business expenses on their annual tax returns.

In Susan Crile v. Commissioner, a case that had the potential to upset the artist/teacher applecart, the IRS contended that artist Susan Crile, who teaches at Hunter College in New York, was making her art primarily as a prerequisite for keeping her teaching job, and that it did not constitute a legitimate “activity engaged in for profit,” and so was not eligible for the tax deductions normal for businesses of other types. It also maintained that, even if Crile’s art was a legitimate business, that many of her deductions were not “ordinary and necessary” business expenses.

The court documents recap Crile’s extensive resume, establishing beyond doubt her status as a legitimate professional, and Judge Albert G. Lauber ruled that she was indeed engaged in the “trade or business” of being and artist, and that the “enjoyment of her art activity–at least some of its
aspects–is not sufficient to cause it to be classified as a hobby rather than a business.”

Despite the clear recognition of Crile’s professional status, the expense-qualifying part of Crile’s case was iffy. Despite earning a total of $667,902 from sales of art between 1971-2013, with her best year, 1995, adding $111,815, Crile has never reported a net profit from her art business. The judge split the cases, and will consider the details of Crile’s accounting later.

The case brought forth some strange opinions from artworld experts who testified for Crile:

According to the New York Times, “Robert Storr, dean of the Yale School of Art, said Monday that the ability to deduct art-related expenses — in art careers that might generate little money — was ‘one of the last remaining areas where the federal government cuts artists any slack to allow them to do what they do,’ and that its protection was crucial,” which seemed to argue exactly against the winning contention of Crile’s lawyers that Crile’s art was a business like any other!

With the media full of tales of fast money, soap-bubble speculation, and insane auction prices, the lengthy description of the specifics of Crile’s long, serious, and not-too-profitable career is a sobering reality check.

The Code and the Payoff

Good one for artists. I’ll show this to my accountant at tax time.

Perhaps the courts will be compelled to look favorably upon the plight of art critics and art historians? These folks are often required by book publishers to pay the substantial costs involved in the reproduction of copyrighted works of art for academic publications. Just like most art careers, such books don’t turn a profit. But does that mean they have no right to be published?

And don’t forget our beleaguered university libraries, shelling out fees so that instructors and students can include images of art in their teaching and their papers.

Jeff Koons and Richard Prince aside, copyright hacking is right up there with itemized deductions for artists.