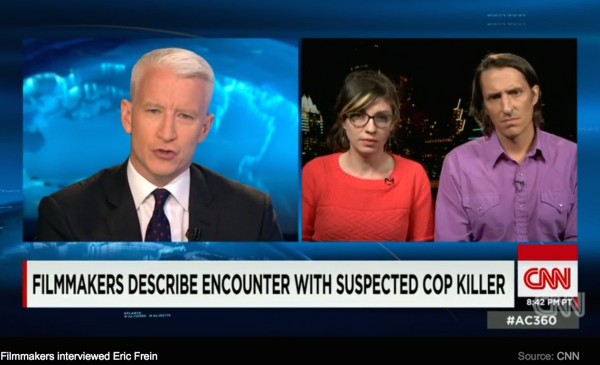 Texas Filmmakers Patrick Bresnan and Ivete Lucas have been siezed upon to provide insights into the character of fugitive Eric Frein, accused of killing one police officer and wounding a second in Pennslyvania, now the subject of a massive manhunt. Bresnan and Lucas interviewed Frein in 2010 during filming of their their upcoming documentary about Vietnam War reenactors titled “Vietnam Appreciation Day.” The duo’s footage of Frein appeared on ABC’s Good Morning America on Sept. 23, and the filmmakers themselves appeared on NBC. On Sept. 24, they were again interviewed by Anderson Cooper. Quotes from those interviews have been distributed worldwide as the sensational scenario continues to unfold.

Heroes Hidden in the Everyday: An Interview With...