We Still Miss You But Congrats! Suzanne Weaver Takes Miami 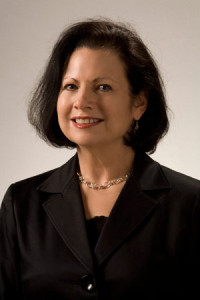 Those of us who so fondly remember the golden era of Suzanne Weaver’s “Concentrations” series at the Dallas Museum of Art from 1996-2009 (and credit her for being so uniquely invested in the local scene) have kept one  eye on the curator’s career after she left us for the Speed Museum in Louisville. Today it was announced that the Institute of Contemporary Art, Miami, has appointed Weaver as its interim director.

The Institute of Contemporary Art is a rechristening, in a new location, of Miami’s Museum of Contemporary Art, which closed in August amid controversy over funding from and its relationship with North Miami. The museum threatened to close and move, and it has, to Miami’s design district. It’s slated to reopen in time for Art Basel Miami in December. The museum was founded in 1994 and has a permanent collection of around 600 artworks thus far.

Note: It’s heartening to see seasoned and passionate curators appointed as museum directors. They’re often as invested in the well-being of the art (and the mental health of a museum’s curatorial team) as they are the PR and money side of things, and while many curators might be loathe to take on such responsibility, this is one way to make sure our museums maintain a dignified and intelligent relationship to collecting and exhibitions.

Congratulations to Suzanne. This is know as a “get.”

Yes, I’ll correct it. Thanks!

Suzanne creates “an Era” wherever she goes! Miami is very fortunate, the art scene in Louisville misses her wise voice.

Absolutely, Chris! Congratulations to Suzanne, and to Miami. This article is absolutely correct; when curators take leadership roles, they have a broader sense of the “big picture” with a sensitivity to the role and power of art and artists.

Bravo! I cannot think of anyone who could do a better job that Suzanne Weaver. Not only will she be a boon for them, when they are designing the permanent install for their collection, but she can pick temporary exhibitions that will help put their rebranded museum on the map. Not to mention the fact that she can also help them make good decisions for future acquisitions. I can only hope they’re smart enough to make her directorship permanent, and remove interim from her title.

Many, many thanks for your wonderful congratulations! There could not have been an “era” much less a “golden” one without the great DMA director Jack Lane, Senior Curator Charlie Wylie, and staff; the extraordinary, informed risk-taking patrons and collectors; and, last but not least, the talented, committed and pushing-the-boundaries artists. The Texas art world will always have a huge part of my heart. Suzanne

S, I do belive that you came to my house for dinner via Helen Lacy and my husband’s Waco connections. Awesome.

Congratulations! Would love to catch up on the last 20+ years!