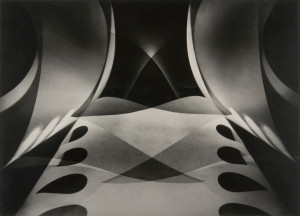 Fort Worth’s Amon Carter Museum has just finished digitizing all the prints in their archives of eight important American photographers, putting more than 35,00 images online. The images are from the archives of Carlotta Corpron, Nell Dorr, Laura Gilpin, Eliot Porter, Helen Post, Clara Sipprell, Erwin E. Smith and Karl Struss, whose archives the Carter owns. Also digitized are 12,000 very fragile glass negatives, nitrate negatives and autochromes that the museum is unable to display in the galleries due to format and fragility.

The project, the Amon Carter’s largest digitization project to date, was made possible by a $75,000 digitization grant the museum received from the National Endowment for the Humanities (NEH) in 2012 and brings the number of Carter-owned works available online to 60,000.

As part of Google’s Hangout On Air series, museum staff and scholars will talk about each of the eight photographers during an hour-long, live Google Art Talk on October 9 at 11 a.m. CST, accessible at https://plus.google.com/+GoogleArtProject/. It can also be viewed later at https://www.youtube.com/user/GoogleArtProject.