This Just In: Another New Gallery Opening in Dallas Next Week 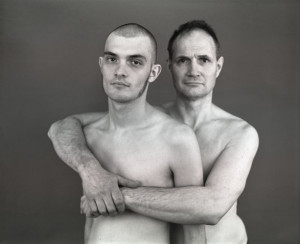 Goldsmiths MFA grad and Dallas native Hanh Ho is opening up a new gallery in the Design District and she’s calling it Cydonia*. The first exhibition is a group show called “EX-Y: Representations of Contemporary Masculinity” and opens to the public on September 12; it will feature work by “nine artists from around the globe that represent ideas of manhood.”

This place reads as seriously ambitious. Its website and support materials are slick. According to the press release: “After all three waves of feminism, Cydonia’s introductory collective show is among the first few exhibitions to explore ideas of maleness in a vastly evolved world 20 years after Thelma Golden’s seminal show about (African- American) maleness ‘Black Male’ and Helaine Posner’s ‘The Masculine Masquerade.’” Our impression is that Hanh Ho’s education in curating and work background for the Venice Biennale and the Cranford Collection in London give her a foundation for putting together some potentially interesting commercial shows. Let’s put it this way: She’s no yokel.

Also from the press release: “The public is invited to attend a reception for artists Alan and Michael Fleming and Jan Mioduszewski from 6pm-9pm [Sept 12]. Warsaw-based artist Jan Mioduszewski will perform Reka on Friday starting at 7pm.”

* “Cydonia” can mean:  1) a mysterious region on Mars, 2) a specific flowering plant, 3) reference to a song by the band Muse