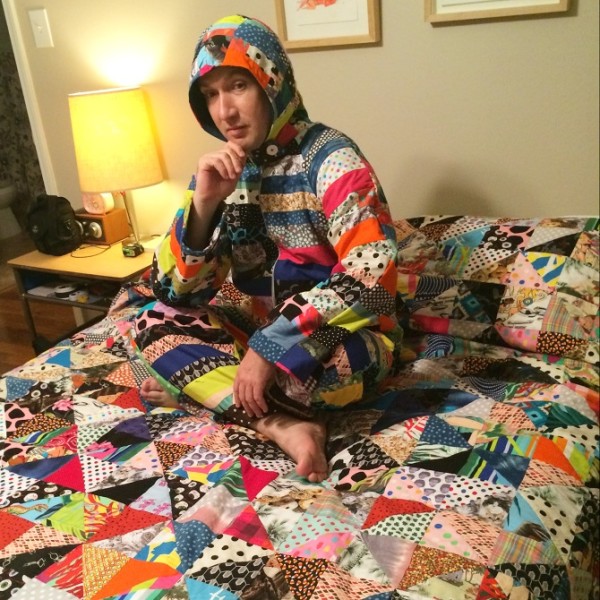 Art shown in the summer (certainly in Houston) tends toward the light-hearted, and Dennis Nance’s show “Getups” epitomizes this. Housed within the retail-clothing store called Settlement Goods, it’s not immediately clear what things are Nance’s work as opposed to Settlement’s inventory, probably because Nance specializes in making costumes as well as clothes (he has several men’s shirts hung up on the racks for sale). The work, though, is many things, including prints, photographs, and video, and most of it follows the same principle of wackiness, which shows both Nance’s strengths and weaknessnes.

Opening night was a crowded party, replete with a “Yeti” DJ. The store was filled with art people and fashionistas who seemed emphatically more interested in drinking and socializing than spending any time with the work, which in turn seemed to be scoffing at anyone who dared to take it seriously.

Some of the work, like his Untitled shirt prints, feels flippant or arbitrary. Hung high on the walls, the prints read as afterthoughts or space-filling experiments. An animated GIF of a man wearing the shirts does nothing more than demonstrate the obvious. 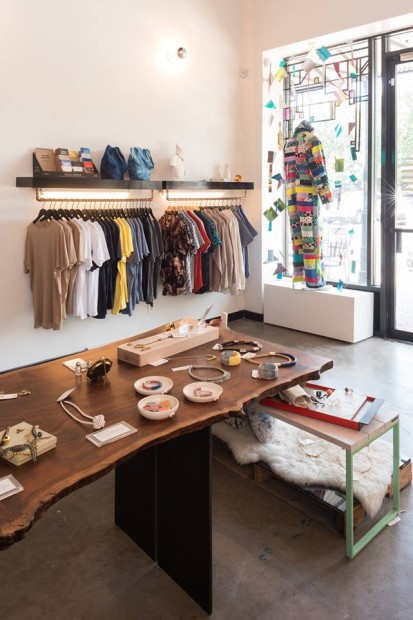 But Nance’s work sings when silliness meets function. The costumes are the crux of the whole exhibition, and it helps when Nance gives the viewer a way to imagine the costumes functionally; at the opening DJ Thin Mint dressed as the Nance-costumed Yeti stole the show. It was a “What the hell is going on here?” king of thing. And while it’s unreasonable to expect people to wear Nance’s creations through the entirety of the exhibition, in contrast to the animated Yeti, a piece called “Quilt Suit” (2014), situated on a mannequin in the storefront window, feels inert. 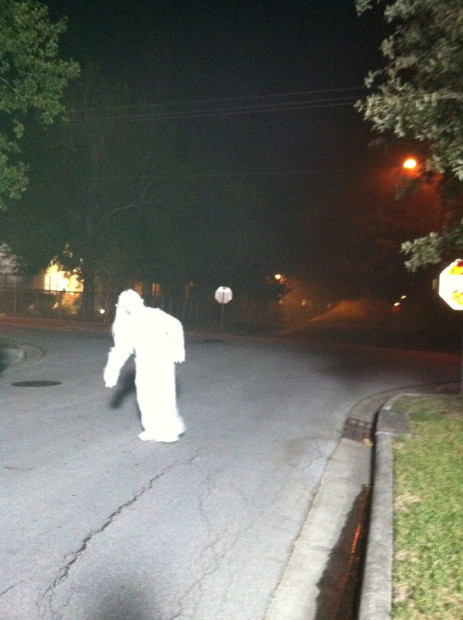 So if they can’t be worn live, the next best thing is to demonstrate their function via photographs, and Nance groups some 8X10s as support material to the costumes. Two photographs in the group are particularly compelling: “Space Suit (from the Lambda Mission)” (2011) and again, “Yeti” (2011).

“Yeti” looks like a hastily taken photo with a glaring flash, like an unknowing bystander snapped a quick cell photo of the elusive creature taking a meandering night stroll down a quiet Houston street. Lights emanating from a background living room feel oddly disorienting, like a small raging fire. 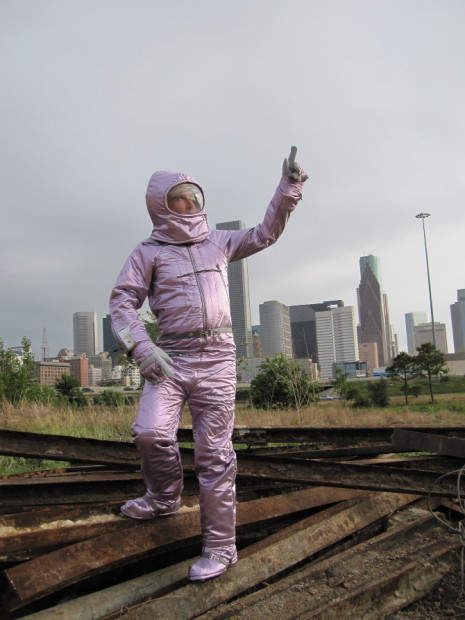 In “Space Suit,” Nance in costume stands triumphantly atop a rusted, crumbling pile of steel, pointing upward towards some glorious space mission we’re meant to believe. Houston’s own Space City skyline looms in the background, indicating we’re still on Earth. The photograph is sweetly and dreamily childlike and self-deprecating. The space suit is well-crafted, shiny, and very pink; it’s heroic and deliciously queer. 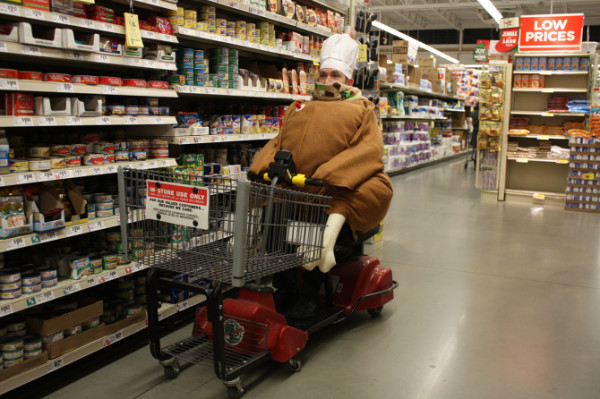 Then there are moments like “Turkey” (2013), where Nance, dressed as a plump Thanksgiving turkey wearing a chef’s hat, goes grocery shopping on a scooter cart. It’s funny, yes, but as you can see that he’s trying to not break into laughter, it also reads as though Nance is more interested in pulling a prank than telling us a story.

With “Getups,” Nance shows us that he can make beautiful costumes. But only when he sets them in motion or uses them to tell us stories (no matter how absurd) is when they make the leap from mere costumes into art.

I love you Dennis

I love you too Dennis

I love you three Dennis

Sign me up for a space suit, Dennis.
A well-deserved show. Where will these ensembles make their next PA?