Clark Flood’s 20 “Objects in the Mirror” essays, published in 2006-2007 on Glasstire, were widely disseminated and discussed around the web. His book Clerk Fluid collects all 20 essays, which we will be sporadically re-publishing this fall.

Some time ago I went to the Clear Lake Art Fair. For those who don’t know, art fairs are the way of the art world these days. They are as inevitable as kissing the anuses of those more powerful than you, and just as enjoyable. 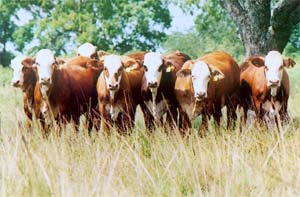 Like the whole world, they make a lot of sense when looked at from the point of view of the very wealthy, because art fairs, like the whole world, are entirely set-up to service the very wealthy. The rich art-buying class is like a swarm of fickle locusts, always searching for a new spot to chew to death with their money. If you put on an art fair in the right destination city, the plague-cloud swoops in to party (and to buy art) and everybody’s happy.

It’s a wretched experience for artists, who are advised to stay away. Otherwise, you get to see just how pathetic and unimportant you really are, unless you’ve been dead for about 50 years. Your art is exhibited with all the curatorial finesse of the detergent displays at Fiesta, and with as much honor, but you’re lucky just to get product onto these supermarket shelves. Not to be present is the worst. You don’t exist if you’re not at the fairs. You need to be on a good shelf in a cool booth at a happening art fair just to be in the game! Then you can enjoy watching a bunch of clueless tourists, blind art professionals, manipulative collectors and gutless dealers walk around feeling important, dissing each other, and equating the state of their personal financial health with the state of Art Today. In the best case scenario, they haggle over your work the way old peasant women at a street market in Caracas might haggle over a particularly attractive gourd. That’s called being a big hit at the art fair.

Again, it’s best for artists to stay away. Otherwise, your childish emotions get engaged and you can become depressed. The Armory Show fair in NYC is held on piers and at the end of each pier, a lot of artists just jump right off into the sea.

Anyway, a happening international burg like Clear Lake is just the sort of hip crossroads that attracts the collector plague-cloud, and the fair has been held there for years now. It’s actually a cluster of fairs, anchored by the big international Clear Lake-Moscow fair, where all the blue chip and wannabe blue chip dealers hunker down in their $50,000 booths. It’s held at the Clear Lake City Civic Auditorium. There’s also a bunch of smaller fairs, living on the big fair’s spillover the way the grackles at Mission Burrito live on the spillage from everyone’s fish tacos. You’ve got your Nova Fair, your Scope Fair and your Pulse Fair, held respectively at the Clear Lake High School Cafetorium, the Clear Lake Holiday Inn Grand Ballroom and the the Clear Lake Knights of Columbus Bingo Hall. A lot of collectors prefer these smaller fairs, where lesser dealers and lesser artists can be bought for lesser investments. It can get quite competitive on the opening nights, when the collectors stampede inside all at once. They sometimes end up tussling rabidly over bargains. Subsequently, their big thrill is walking around sizing up their portfolios, as in “that Clayton Brothers painting is $15K; I only paid 8 for mine last year. YES!!!”

I had good reason to be in CL for the fairs. I was meeting a cool big-time collector there and he was to hook me up with a local art dealer. I was going to crack the crucial Clear Lake market through those backstage art-world machinations that seem glamorous, but are actually entirely tedious, until the magical moment when somebody’s check clears. Anyway, it was wonderful for me that this man was going to make a connection for me. I know from experience that dealers hate it when artists try to promote themselves! It’s a deadly faux pas to reveal that one has one’s own ideas about one’s career, let alone to challenge the dealer practice of silently studying art scenes the way foxes survey moonlit henhouses, looking for the plumpest, stupidest birds. No, it’s much better to have these fateful marriages pre-arranged by parties as wise and disinterested as collectors. What could go wrong?

Well, first of all we couldn’t find the bastard. He wasn’t at his famous, trendy, edgy gallery which turned out to be a repellent, low-ceilinged storefront in a neighborhood as suitable for tossing murdered hookers as for investing in objets d”art. I looked around, grinning like a plucky orphan at what I thought was to be my new home. The art on display was generic, some adolescent’s perfunctorily executed art-school homework: a homemade chandelier, a video, a wall of photos, a need to nap 30 seconds later. That’s OK; everybody else’s art always sucks. I checked out the storage rack, a crudely divided cubbyhole full of the remnants of previous exhibits now left to die, unwrapped and unprotected, on a bare cement floor. OK, so they’re not big on sales after the show. I’ll fly back and wrap everything up myself after my CL triumph. I told the Collector “I love this place.” He was irritated, incredulous that the dealer had stood him up. I tried to calm him. I’m an artist: I’m used to abuse.

We found the Dealer at his booth at one of the fairs. He embodied evil. When I finally saw Star Wars, which was not till the 25th anniversary re-release, I didn’t find the Dark Lord evil. He reminded me of myself: a pale, creepy old man with a smoker’s rasp, lurking in the shadows, manipulating other people’s lives. I related. I thought he was the hero. But this dealer! He was clearly bad. I can’t explain it, but one look into his black, dead-fish eyes and I knew that I was far more likely to be found rotting in the trunk of my car than to ever get paid for any art of mine he sold.

He seemed puzzled by our presence, and reacted to my introduction as one might react to the discovery of a small, unidentifiable stain on the cement floor of one’s carport while unloading some enticing groceries. Apparently, he’d never heard of me, never seen my work, and all the support materials I’d previously sent were moldering, unexamined, in some dusty pile in the gallery. The Collector drifted off and I was left alone with this devil. I thought of my herpetologist friend, of calling him to share my discovery of this new species, a poisonous snake that walked upright on two legs. But I wanted to make the best of it so I attempted small talk. The Dealer smiled coldly, and asked me if the Collector bought my work. I said Not yet. The dealer asked Why not? I said He’s waiting to buy it from you. I thought I saw a flicker of interest. I always feel like shaking these sphinxes and screaming into their faces don’tcha wanna make some fuckin’ money? But they don’t like plain talk. They like creative types. The plumpest, stupidest birds.

I partied my frustrations away that night. For dinner I had sushi at a joint on Clear Lake’s famous Crawdad Row. There was one bite I would have spit into my napkin if I’d been alone. It tasted just a little bit funky. But I wasn’t alone. I was at a tiny little table with a bunch of cool collectors and art scenesters in the middle of a crowded, trendy joint. So I swallowed it.

I woke up about 3AM with wretched heartburn. It felt like I’d swallowed large nails without properly chewing them. I have a history of GERD and I’m on substantial meds and this wasn’t supposed to happen but it was happening to me, and it’s happened before. I ate antacids and took hot showers and did all the other things I do to distract myself from the horrible pain. Nothing works very well except waiting, and sometimes exercising in place. So there I was in my fabulous Clear Lake suite in the middle of that fabulous night, suffering like something out of a Francis Bacon triptych, exercising and waiting for my pain to recede. That goddamn sushi bite, I thought.

I flew back to Houston eventually. I talked over the whole trip with the healer witch. The heartburn incident. The evil Dealer. I was still hopeful something would happen with him. She said it was a bad idea to do business with someone I instinctively thought was the devil. She compared him to the bite of bad sushi. She said don’t swallow it this time.

Good advice. Naturally, I didn’t follow it. I kept bugging the Collector to pull the string. I didn’t want to cold-call other galleries. I wanted to work my connection! I wanted to crack the Clear Lake market with a killer show at the devil’s storefront!

So that’s how I came to be in Folsom prison. Not really. I’m an artist, I’m used to abuse.

Clark Flood is a freelance writer living in Houston. Objects in the Mirror #2: Art Fair Incident appeared originally on Glasstire on October 26, 2006.

“Hey, Moe! Why don’t you get in the Bayou City Art Fair?” they say.