The race is officially on! Yesterday, the oil services company Hunting PLC announced the call for entries for the 35th annual Hunting Art Prize in which Texas artists vie for a $50,000 award, the largest single prize in the category of painting and drawing available in North America. 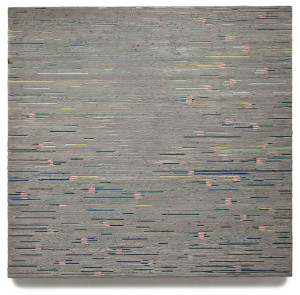 The deadline is not until November 30, but there’s not much strategizing artists can do. Just follow the guidelines, as conservative as they are (basically: don’t attempt to “expand the definition of painting”), but a look at the previous winners won’t really provide any clues about what they may be looking for this year. They don’t even announce the jurors until about a week before the deadline. But Marshall K. Harris, the 2013 Hunting Prize winner, provided what he calls his “Strategic Submission Strategies” in the Glasstire comment section of that year’s announcement.

It’s a crazy competition. Besides the fact that it is restricted to painting and drawing (again: “No printmaking, photography, collage, assemblage, sculpture, relief, found object, or computer-generated works will be accepted”), artists are only allowed to submit one single image. They then whittle the entrants down to a gazillion finalists, who all show up to stand next to their works at the May gala, where the winner of the whole $50K is finally announced.