The Galveston Arts Center (GAC) seems to be having a rough time. After a period with no director and no curator (long-time supercurator Clint Willour is still on medical leave), GAC finally hired an interim director. Elliot Lessing arrived with a splash last month, jumping into the Houston/Galveston art scene with enthusiasm, and curating its current exhibition Palace Revolution. 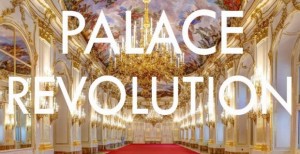 Lessing may have wanted to start an actual revolution, but apparently GAC wanted no part of it. After just a few weeks, they cut their losses and let him go. It sounds like a bit of a manic mess: there was an unsuccessful attempt to make some staff changes, after which Lessing sent the GAC board an email that was not well received. Executive committee member Mary Jo Naschke would not confirm the existence of the email, stating only that Lessing would be “more fulfilled on the creative side working as an independent curator.”

Naschke described Lessing as “really enthusiastic, bold, and creative,” adding that she thought he will stay in Texas as an artist/curator. She also stated that Lessing has been a long-time follower of the Texas art scene through reading Glasstire. And, indeed, he helped Glasstire out by adding a comment yesterday to a recent news post containing a time line of staff changes in the Houston area photo scene: “UPDATE: GAC Interim Executive Director Elliot Lessing terminated by GAC Executive Board on Thursday July 24, 2014.”