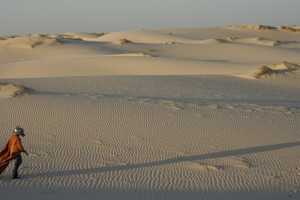 The Lawndale Artist Studio Program has selected Josh Bernstein, JooYoung Choi and Lina Dib as their ninth round of artists in residence. The program will provide these artists with  studio space for nine months (September 2014 – May 2015) on the third floor of Lawndale Art Center in Houston, a $500 monthly stipend, and an initial $1500 unrestricted materials allowance. Works produced during the program will be exhibited at Lawndale Art Center in May 2015.

The 2014-2015 residents were selected from 100 applicants by Kim Davenport, Director and Chief Curator of Rice Gallery; David Politzer, 2011-2012 Lawndale Studio Artist; and Katia Zavistovski, Curator and Lawndale Programming Committee member. 24 artists have participated in the Lawndale Artist Studio Program since 2007.