Marfa’s Missing Art Dog Could Be in Austin 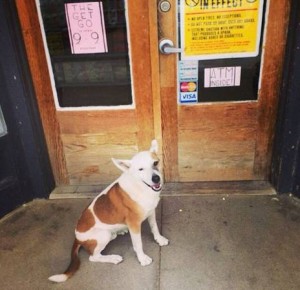 A popular dog who normally roams freely around Marfa, named Tic Tac but also known as the “Art Town Ambassador” went missing from Marfa just as its Marfa Film Festival was ending on July 6. Many out-of-towners attended the event, and the reigning theory is that a well-meaning Austinite picked up Tic Tac and took him back to Austin.

Tic Tac, something of a celebrity who often makes an appearance on social media with his own hashtag (#tictacmarfa), is an orange and white mutt who belongs to Gina Leiss. Because he’s friendly and curious and a serious escape artist, he’s allowed to wander around the tiny center of Marfa. One of Leiss’ neighbors was visiting Austin on July 12, shortly after Tic Tac’s disappearance, and without knowing Tic Tac had been reported missing, swore he spotted a lookalike dog “sitting in a car on North Lamar Boulevard near The Tavern.”

Since then there has a been an artist-driven poster campaign in Austin and Marfa to track down the missing dog in hopes that the person or persons who might have innocently thought they were giving Tic Tac a new start in Austin will come forward and let him go back home to Marfa. 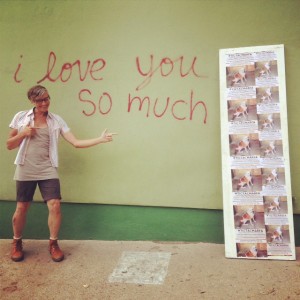 And if you know anything, go here.

Thank you for posting GT. You guys are the best!! I thank you and Marfa thanks you. I will be in Austin this Thursday and leaving for Marfa Friday… If Tic Tac is found he can come home with me. EVERYONE KEEP AN EYE OUT!! Marfa misses Tic Tac…