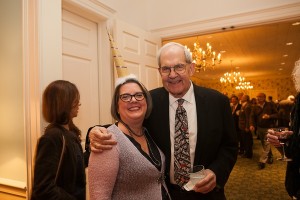 “During Bevin’s five year tenure as executive director, she has elevated the visibility and success of all fundraising endeavors, especially the annual print auction,” stated Jereann Chaney, president of HCP’s board of directors. Chaney adds, “The organization’s growth trajectory now requires programming be increased, which in turn means adding new staff positions.”

Congratulations to both Alex and Bevin! 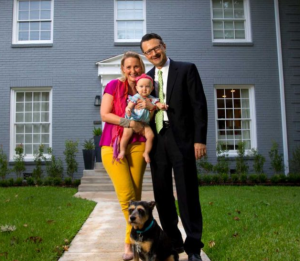 These guys are hitting the road for a few weeks! Bevin will return in August as HCP’s new creative director. (Photo by Cody Duty/Houston Chronicle)

NOW, TO RECAP THE PAST COUPLE YEARS IN THE HOUSTON AREA PHOTO SCENE: (The Galveston Arts Center (GAC) is thrown into this mix although it is not exclusively photo-oriented. But curator Clint Willour really knows his stuff and is very active in the photo world, so during his two decades there, it’s been more photo-heavy than most galleries/museums.)

May: FotoFest founders announce “retirement” after 30 years and start a search for new executive director.

September: Irvine joins HCP. A couple of weeks later, the MFAH announces the retirement of photo super-curator Anne Wilkes Tucker and her replacement, Malcolm Daniel (although Tucker will not completely retire until June 2015).

May: GAC curator Willour goes on medical leave; no word yet on a return date.

This week: HCP announces staff changes and begins a search for a new executive director.