by Paula Newton May 25, 2014
FacebookTwitterEmail 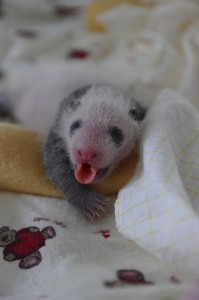 If one has to give away naming rights, National Geographic’s name certainly lends a more direct connection to a nature and science museum than the usual mega corporation’s. The respected scientific and educational society and its magazine have been around since 1888 and, while the new name probably did not come with the pile of cash that comes with the more usual non sequitur rebranding, it sounds like the Perot Museum is getting a pretty good deal out of its new five-year partnership in terms of reputation, resources and programming. It comes with regional movie premieres and special access to Nat Geo’s vast film library; a speaker series and visits from Nat Geo experts; and exhibitions created by Nat Geo, along with photography workshops, travel opportunities and special benefits and discounts for Perot Museum members.

Along with the announcement of the new partnership, the museum revealed its summer film schedule (tickets and trailers available on the museum website), which includes National Geographic’s Pandas: The Journey Home 3D. (Spoiler alert: Tau Tau gets released into the bamboo forest to begin his adventure living wild!)