by Lucia Simek May 20, 2014
FacebookTwitterEmail 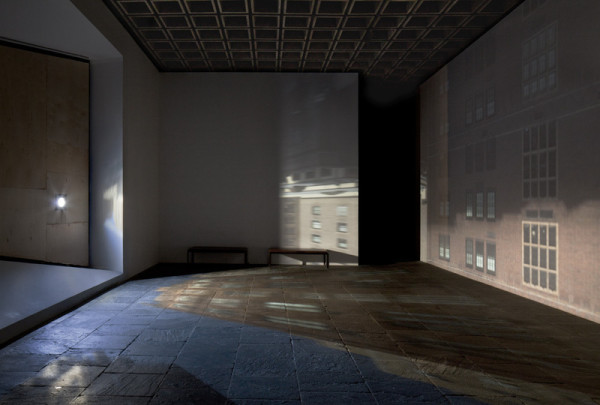 Artist Zoe Leonard has won the Bucksbaum Award, a $100,000 prize granted to one of the participants in the Whitney Biennial for the last eight iterations of the show. In addition to the substantial purse, the award also allows for Leonard to have a solo show at the Whitney before the next Biennial. The piece that won the Bucksbaum Award was a site-specific camera obscura projecting the New York street-scene outside of the Whitney into its interior space, uniting outside and inside, as the building’s architect, Marcel Breuer, intended.

Leonard has been making site-specific camera obscura installations since 2011, and currently has one such piece on view at the Chinati Foundation’s Ice Plant, called 100 North Nevill Street, in Marfa until the end of the year. For that piece, Leonard has projected Marfa’s downtown into the interior of the Ice Plant, tracking the whole year as it plays out in the small desert outpost.