The Met Opens its Digital Vault

by Lucia Simek May 19, 2014
FacebookTwitterEmail 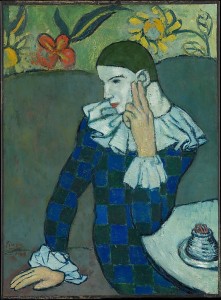 The Metropolitan Museum of Art has announced that it will release 400,000 digital images online, free to access for non-commercial use, without permission from the museum and without a fee.

The museum is calling in the program Open Access for Scholarly Content (OASC), and the accessible images are ones that the museum believes to be “in the public domain and free of other known restrictions.” Prior to this program, those requesting images had to be given authorization and pay a fee for use. The online digital collection was, in part, spearheaded by Shyam Oberoi, the former General Manager of Collection Informations Servcices and the recently appointed Director of Technology and Digital Media at the Dallas Museum of Art.

The OASC was developed for pretty much anyone needing an art-related image that isn’t using it for selling something: students, researchers, non-commercial documentary fimmakers, educators, and anyone involved in culture-making. So unless you’re thinking of using Picasso’s Seated Harlequin to sell night-cream or sugar packets, the vault is open.

Pubic domain is public domain. Commercial use is not excluded, whatever the MET may wish. Why should scholars and students get privileges working artists and t-shirt vendors don’t?

I agree with Bill. If it was done before 1922, it’s in the public domain in the U.S. Period. The ‘control’ will probably be the resolution of the available art, which may be low.