A Black Eye for a Black Eye: Preservation Dallas Gets Scolded 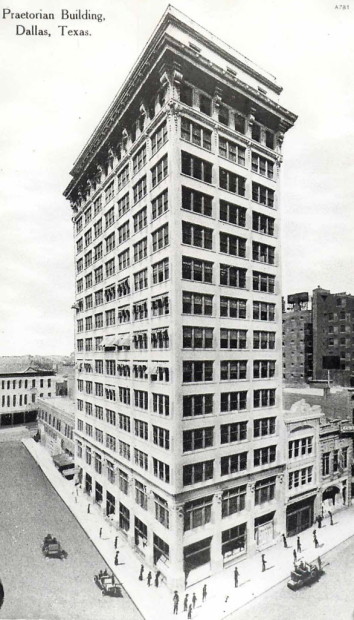 First, there was his scolding of Dallas architects from major firms who were largely a no-show at a recent lecture by Jamie Carpenter, an “architect-artist who creates spaces of ethereal lightness and grandeur” and a MacArthur-certified genius “revered for his mastery of curtain-wall design.” Only ten people showed up, said Lamster, which embarrassed the hell put of the few die-hard architecture advocates in attendance. “Whenever we talk, a theme of our discussions is, how can Dallas architecture be better? The answer is by building a stronger intellectual culture, and by engaging with those who are at the forefront of design. You can’t do that if you don’t show up. Tonight, you didn’t.”

Then, just the other day, Lamster  was up in arms again over the announcement that the Joule Hotel—site of Dallas Art Fair radio stations and photo-ops, among other high profile occasions—will receive a Preservation Dallas Achievement Award for its refurbishing of the building it occupies, the Dallas National Bank Building of 1927, which is all well and good, except for a tarnishing little fact on the Joule’s record. What really miffs Lamster is the fact that Tim Headington, the developer behind the rise of the Joule and many other downtown buildings, tore down the Praetorian Building, Dallas’ first steel-frame skyscraper, built in 1909, which stood across the street from the Joule, only to replace it with an incongruously manicured and off-limits lot, where artist Tony Tasset’s giant eye-ball sits ogling everything, “a sculptural work of dubious merit that in no way justifies the absence of its predecessor.”

Lamster says the award is a black eye to real historic architectural preservation: “Developers must not be allowed to think they can destroy the city’s patrimony one day,” says Lamster, “and be celebrated for preserving it the next. That is an unacceptable precedent.”

I am in agreement with Mr. Lamster ….Why would he be given an award for preservation when he chose to demolish texas first skyscraper(wouldn’t that qualify as a historical landmark?)and replace it with a eyesore of an eye.