The Dallas Art Fair is always notably deficient in this kind of typical art-fair schlock, but this year was the most extreme yet: a half-dozen quality galleries crowded out all but a few holdout schlockmongers, even in the fair’s back corridor. 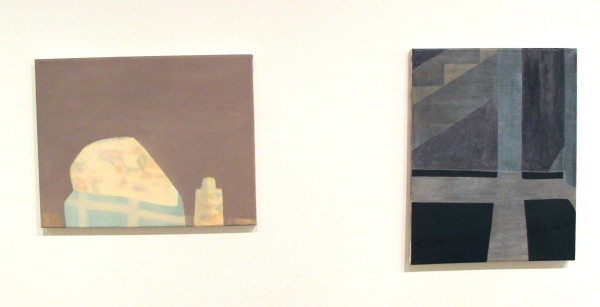 Dutton, for example, with its one-person focus on Marjorie Schwarz‘s curiously slow, obscure paintings was a highlight of the fair.  If this trend continues, next year there’ll be nothing left to ridicule.

I love lumps, and Jessica Jackson Hutchins’ Foot (2007), was half the reason The Green Gallery was my favorite booth, the other half being Milwaukee stalwart Nick Frank‘s three curious, thoughtful mini-gestural abstractions.

There was an interesting spate of new, modest abstract painting at this year’s fair, mostly more indirect than Frank’s: artists like Schwarz who scrape, layer and slather canvases the size of their computer monitors, with varying degrees of success. Portable and less expensive, these works have quietly supplanted a fair number of large colorful paintings at the fair, but are easy to overlook in the hurly-burly. 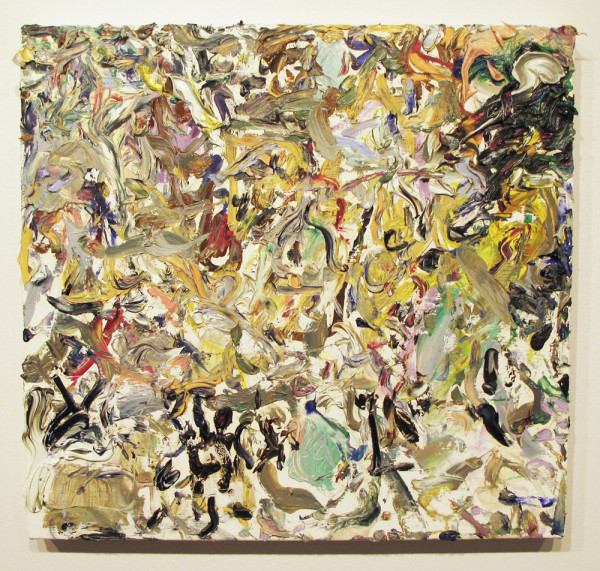 Nick Frank at The Green Gallery 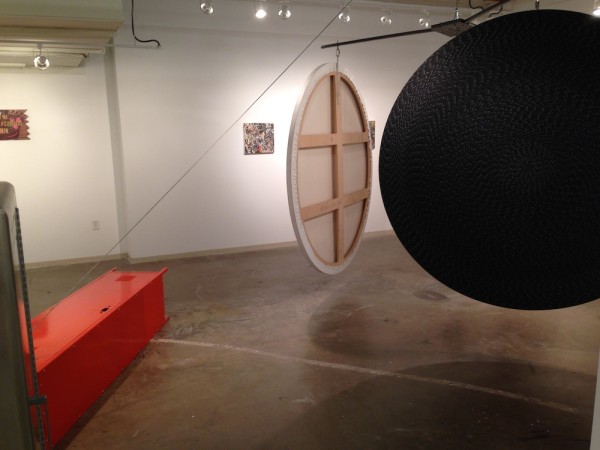 At Cris Worley, I was happy to see Texas metal-casting guru Harry Geffert’s chainmail screen of bronze saltine crackers. Geffert’s strength is in quirky bronze comedy, but I’ve seen too much reverent nature worship from him lately. 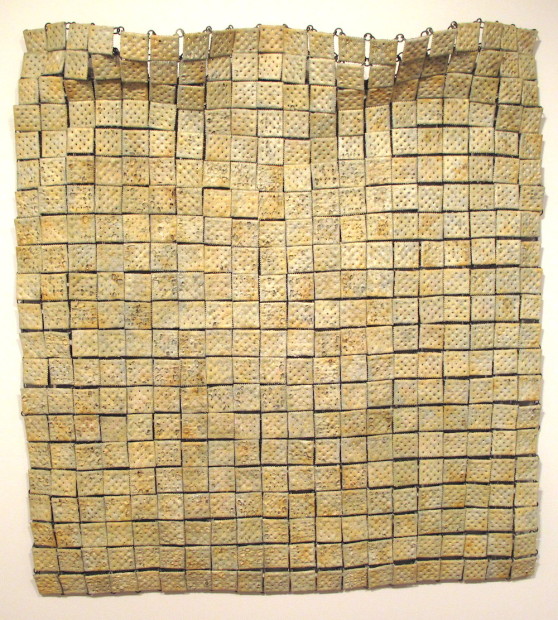 Ro2 Art’s booth was refreshingly maximal- trying for a restrained white-cube experience when your white cube is jammed in next to a hundred others is like meditating in a bus terminal. 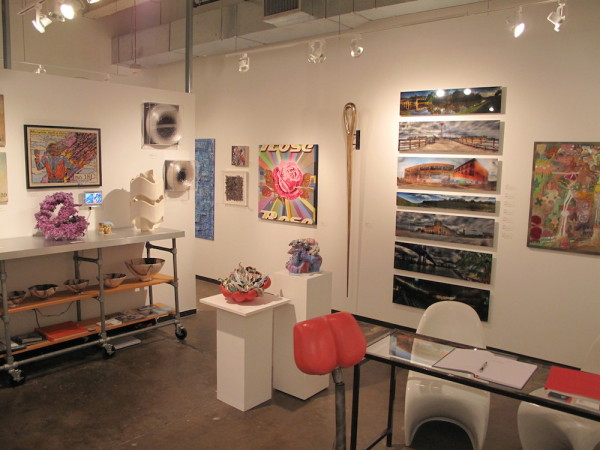 Likewise the other Dallas two-letter gallery, RE, crammed their booth with toy-like mini-art (some specially-made for the fair) from a stable of Dallas up-and-comers, summarizing recent shows at Dallas alternative venues by Peter Ligon, Travis LaMothe, Eli Walker, and Justin Hunter Allen. 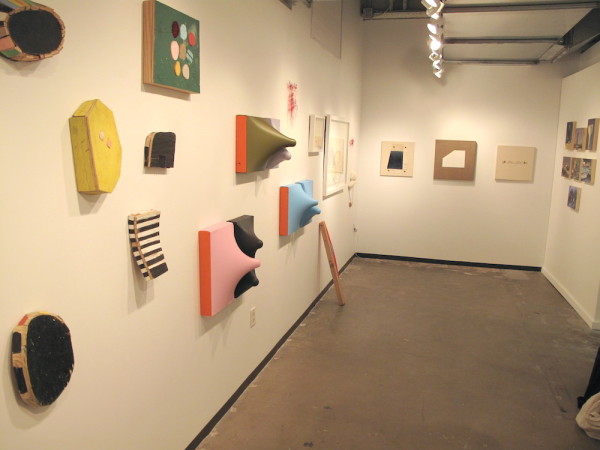 Barnaby Fitzgerald’s Bocca (2013) at Valley House is the painting equivalent of macaroni and cheese; comforting but not challenging. I swear I heard this painting emit a quiet, unformed “moo,” as I approached. These days, when so many seemingly straightforward works have gimmicks attached, you never know. I stood in front of it for five minutes waiting for it to moo again before I decided the painting was far more interesting if didn’t know. 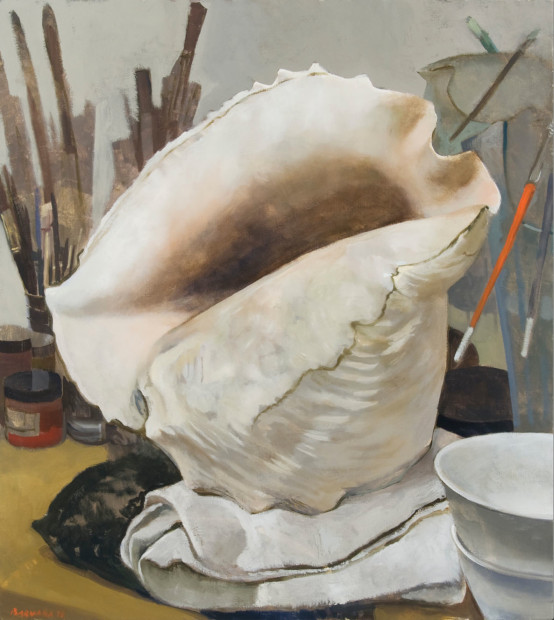 Scott Reeder’s pasta and spraypaint pieces at Lisa Cooley were indeed “post good.” Lighthearted and witty, they perfectly matched throw-away technique with throw-away ideas and punch lines. Go paint one for yourself.

The post moderism world of reinvention is becoming more and more tedious and underwhelming every year. I yearn for more of the new and improved “magical realism”, (read Surrealism) as exhibited by the likes of Barnaby Fitzgerald and Mark Ryden.
BTW, I think this year’s Fair was better than last inclusive.

Bill, David worked his butt off on that art Fair.
Please be kind.
Thank you!