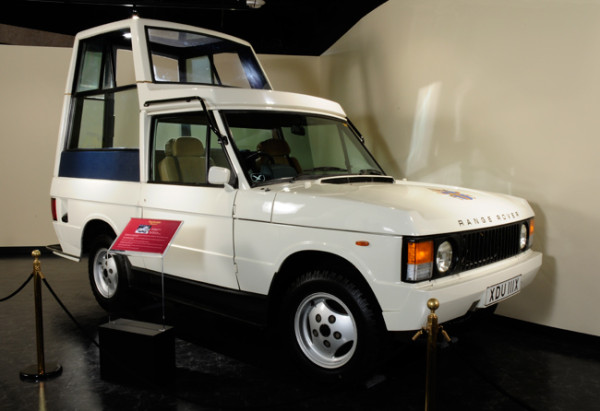 As the election of Francis showed us in 2013, it’s hard to top the spectacle of a papal election. But you know what comes close? A papal burial. And now those in Houston can experience what it’s like to put the Catholic Church’s #1 in the grave–or in the case of quite a few popes, in a glass casket in St. Peter’s Basilica—without schlepping it all the way to Rome.

In honor of the upcoming team canonization of Pope John Paul II and Pope John XXIII on April 27, this month the National Museum of Funeral History (yes, this is a real place and no, this is not a belated April Fool’s Day joke) will mount an exhibition of famous papal funerals called Celebrating the Lives and Deaths of the Popes. While the museum says that the exhibit it not all about Pope John Paul II, it is showing most of his stuff, like the actual sash he wore daily with his cassock, photographs from his funeral mass and original burial in the grotto under St. Peter’s Basilica, a replica of his burial container and crypt, as well as an actual “Pope-mobile” used during Pope John Paul II’s 1982 trip to the United Kingdom (developed as the official “Pope-mobile” after JPII was shot in 1981).

If you’re in doubt about whether this is sounds like fun, have no fear: “When the exhibit opened in 2008,” says the museum, “Roberto Casorssi, tailor to the Pope, toured the exhibit and exclaimed, “Perfecto!  Perfecto!  Perfecto! If I didn’t know I was in Houston, I would have thought I was back in Rome attending the funeral of Pope John Paul II once again.”