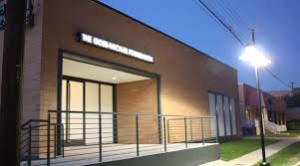 A few years ago, to call the Goss-Michael Foundation stuffy would have been an understatement. In their location on Cedar Springs in Uptown the air of exclusion was palatable. With a focus on British artists, it felt like an art resource for the jet set—although Goss-Michael was physically located in Dallas, it was not connected, invested, or involved in the local arts community. Yet, over the last two years no institution has made a more impressive transformation. Their story can serve as a model for how an institution can connect with a local arts scene.

Goss-Michael’s turnaround centers around two key hires: Kevin Rubens Jacobs and Ariel Saldivar. With the support of Director Joyce Goss, they have made Goss-Michael a great resource for Dallas-based artists with serious intent. Over the last two years GMF has hosted workshops by local art place-making powerhouse Oil and Cotton; Bring Your Own Laptop workshops with artists Alfredo Salazar-Caro and Andrew Blanton; installations by youth from Faith Family Academy in Oak Cliff, led by artist C. J. Davis; a launch party for semigloss. Magazine; and the first physical exhibition for the mostly online feminist collective (wo)manorial. 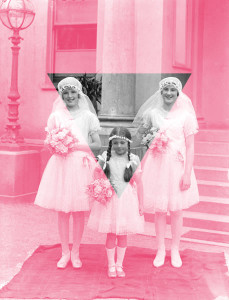 Currently, Goss-Michael is hosting part of the Dallas Biennial 2014 (DB14), curated by Dallas artists Michael Mazurek and Jesse Morgan Barnett.  The show includes a retrospective by Thomas Lawson, a great series of new work by Stephen Lapthisophon, and work by Adrian Piper, Martha Rosler, Joseph Grigely, Derek Boshier, and Conrad Atkinson.  This show, in terms of both presentation and scale, is miles away from DB12, which took place in the back room of Oliver Francis Gallery, showing what can happen when the best talent in Dallas receives institutional support.

The most interesting thing about the recent transformation of the Goss-Michael Foundation is what it suggests for how other Dallas institutions both new and old can support the arts community. First, they hired two young Dallas natives onto their programmatic and curatorial staff. Utilizing very talented individuals who also bring knowledge, familiarity, and experience of the Dallas art scene often leads to greater success than importing talent from elsewhere. This is important because the Dallas art scene exists in pockets; it takes at least a year to figure out how to navigate it, and even longer to establish relationships and trust. Artists and art professionals who have already done that work are able to immediately start new projects, collaborate more successfully with existing organizations, and waste less time on legwork. 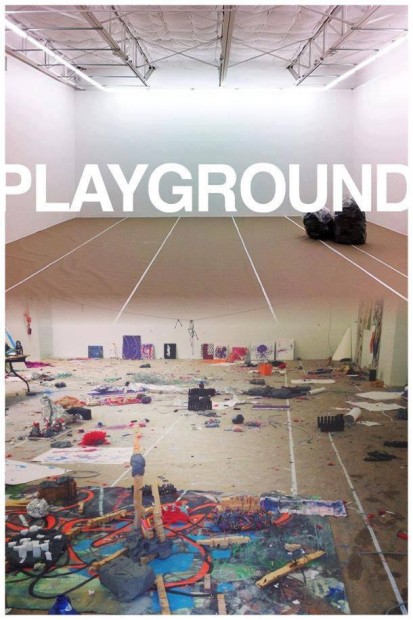 C. J. Davis and collaborators, Playground, 2013 (before and after)

Second, by diversifying its programming Goss-Michael also diversified its audience. Most institutions seek to be a cultural resource for their community. However, many do not invest enough resources in engaging the community or investing in artists who engage the community with their work. The partnership with artist C. J. Davis was one of the best youth visual art projects I’ve seen in North Texas. Davis prepared young artists to be both playful and serious. Over the course of three days they created installations with clay, made paintings, and followed a few set rules to create interesting art objects. Installing these objects in a prestigious space elevated them even further. The fact that the Goss-Michael Foundation was willing to donate space, time, and resources to this type of programming, and not just pay lip service to it, is rare and should be emulated.

Third, the Goss-Michael Foundation has demonstrated a willingness to take risks and work with new and exciting art projects. Cultural institutions cannot always wait until an artist or an idea is established before supporting it. Goss-Michael helped both semigloss. and (wo)manorial when they were less than a year old. They decided to be a venue for the Dallas Biennial in its second iteration. Investing, nurturing, and supporting the ideas and visions of young, talented, creatives is vital for our area institutions.

The Goss-Michael Foundation’s shift from a British-centric legacy institution to a diversely programmed, open, and exciting pillar of the Dallas art scene is one of the most important developments for Dallas in the last two years. Hopefully, other institutions will use Goss-Michael as a model for how an institution can shift gears and broaden its impact.

The Goss-Michael Foundation’s current shows, in conjunction with the Dallas Biennial, will be on view through April 19, 2014.

Richard Doherty’s Photographs of Life in 1980s and...

Correction: “a great series of new work by Stephen Lapthisophon” should read “another in a series of seemingly endless, mediocre gestures by Arlington’s outwardly genial (but secretly hostile) rear-guard professor.

Using a pseudonym to call someone “secretly hostile” seems a tad hypocritical.