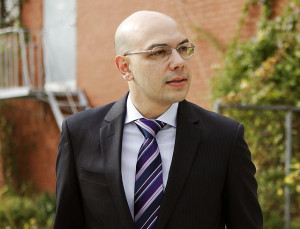 Robert Stein, Deputy Director of the Dallas Museum of Art, announced yesterday that Shyam Oberoi has been appointed as the Director of Technology and Digital Media. Oberoi is currently the General Manager of Collections Information Services at the Metropolitan Museum of Art where he steered the re-launch of the museum’s website in 2011, as well as updating the Museum’s online collection–no small feat, considering the Met’s vast holdings.

When he comes down to the DMA, Oberoi will lead the Museum’s digital and technical initiatives as well as the staff in IT, software development, digital media, and the photography and imaging departments. His main task will be to help get the DMA digitally up-to-date and help map its trajectory as a leader in digital media and technology among museums, adding that cred to the Museum’s mounting list of accolades. “Time magazine recently declared that ‘Texas is America’s Future.’ Similarly, I believe that initiatives such as the DMA Friends program; DMX, its international exchange program; and the opening of the new Paintings Conservation Studio point to the future of museums,” said Oberoi. “It is tremendously exciting to have the opportunity to be a part of an institution that is so committed to exploring the digital intersection of art, audience and technology.”

Oberoi will also head up the Museum’s web team and lead the march toward digitizing the Museum’s permanent collection, an aspect of the Museum’s contemporary digital savvy which is currently very much lacking.

Oberoi assumes his post at the DMA on April 14.