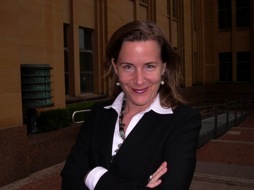 The Linda Pace Foundation confirmed today that Executive Director Maura Reilly is no longer with the San Antonio arts nonprofit. Details of her departure have not been disclosed.

Reilly was hired by LPF last year to great fanfare, and was instrumental in launching the foundation’s first public museum, SPACE, which will open April 18 with an exhibition curated by Reilly, “Pace Gems: Selections from the Linda Pace Foundation Permanent Collection.”

Prior to taking the helm at LPF, Reilly was Chair of Art Theory at Griffith University in Australia. She has written many books and articles on contemporary art, and has held several curator posts in New York. Reilly was the founding curator of the Elizabeth A. Sackler Center for Feminist Art at the Brooklyn Museum, where she organized several exhibitions including the critically acclaimed Global Feminisms, co-curated with Linda Nochlin, the permanent re-installation of The Dinner Party by Judy Chicago, Ghada Amer: Love Has No End, Burning Down the House, among many others.

And remember, “Art, like the Alamo, has to draw the line somewhere.” –Gene Elder, Texas Artist