Boo-YEAH! A night of movie mash-up madness in Houston 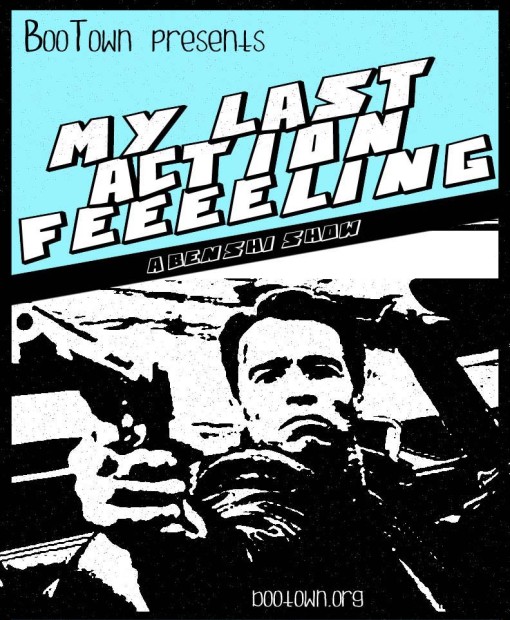 You know that thing where you stay up late drinking with friends and you find yourselves getting funnier and funnier as the night wears on? And you know how sometimes you come up with ideas, art ideas, that strike the group as genius, and you swear that, come first thing tomorrow, you’ll start making those genius ideas happen? Well, I suspect that just such an evening led to the greatness that is this idea from the good folks at BooTown: the Arnold Schwarzenegger movie Last Action Hero converted into a Japanese Benshi play, complete with maxed-out gore, amped-up comedy and a narrative that’s almost nothing like its antecedent, called “My Last Action Feeling.” Now that’s an idea that has some shelf life, even after the hangover.

Also, expect a showing of Japanese TV commercials that Schwarzenegger did around the time of Last Action Hero and a pre-show show by Hearts of Animals!! This craziness goes down TONIGHT at The Orange Show.

BooTown goes on at 9pm.