Triple Canopy at the FW Modern + Open Call for Artists/Writers 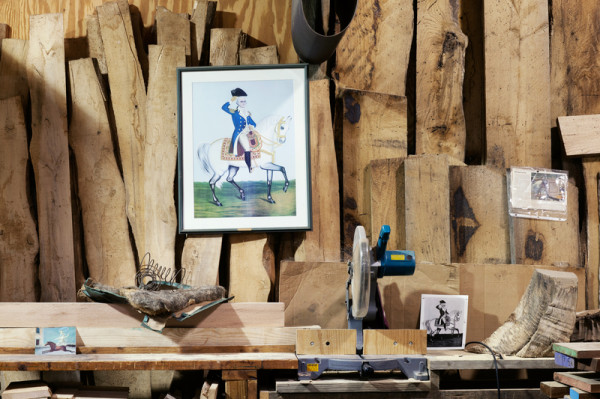 This Tuesday, March 11 at 7 pm, the editors of the innovative digital magazine Triple Canopy, Alexander Provan and Lucy Ives, will be at the Modern Art Museum of Fort Worth to discuss the magazine’s project for the 2014 Whitney Biennial. Called Pointing Machines, the project considers an art object’s public life, from the commissioning of a work to its published photograph in a catalogue or media outlet.

Few publications have so intelligently navigated the rise of digital media as Brooklyn-based Triple Canopy.  The magazine began in 2007 in an effort to expand the agency of the written word in the digital age by creating a model that “hinges on the development of publishing systems that incorporate networked forms of production and circulation.” I think that means Triple Canopy uses the name “magazine” loosely, allowing the group to work closely with artists, writers, designers, and technologists to produce “digital works of art and literature, public conversations, exhibitions, and books. . . that demand considered reading and viewing”– a tall order in an age defined by glitchy little attention spans.

Also of note, artists and writers and artist-writers: Triple Canopy has just recently announced an open call for its Summer Intensive program which is open to higher-level college students, graduate students and recent college graduates. The program is aimed at helping students “research, analyze, and enact an approach to publication that hinges on today’s networked forms of production and circulation but also mines the history of print culture and artistic practice.” The TC crew will help the lucky twelve selected canidates to bring an art/publication hybrid to life. Applications due April 7.