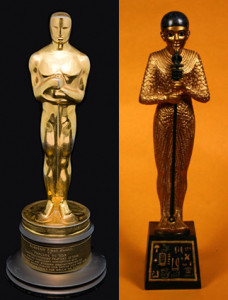 The big Oscars party in Fort Worth takes place at The Modern tomorrow night, complete with red carpet. It’s not quite the same as Hollywood’s Dolby Theatre, but that takes the pressure off. There are less paparazzi and attendees can dress up, dress down or dress in costumes inspired by the nominated films. This year, that means there are a lot of possibilities in the back of the closet for some cheesy eighties outfits, or just pull out that old spacesuit. Prizes will be awarded throughout the evening.

The sixth annual Oscar Watching Party will not be issuing any advanced ticketing this year to the free event, so arrive early. Doors open at 6 pm and, beginning at 7 pm, the broadcast will be shown live via satellite in Café Modern and in the Modern’s auditorium.