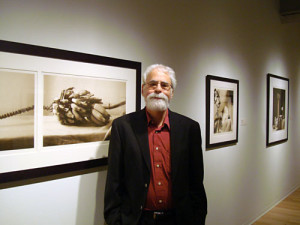 Rubin joined SAMA in 2006 after Hurricane Katrina hit New Orleans, where he had been serving as the Contemporary Arts Center’s Curator of Visual Arts for almost seven years. At SAMA, Rubin has been responsible for the permanent collection, exhibitions, as well as programming such as the popular Artist Conversation Series.

If there is any more to the “effective immediately” resignation, it doesn’t look like it will come from the museum. “David has contributed so much to this museum,” states SAMA Director Katie Luber, “and I think he’s decided to pursue some other options and looking for some other great possibilities to further his desire to support the local artists in this community,” The museum does not expect to have a replacement in place until January of next year.

The man infamous for being at openings and asking artists to get collectors to purchase their work and donate it to SAMA. Anyone else got a good David Rub story? He is a nice guy, blah blah, but was as good a curator as he is artist.