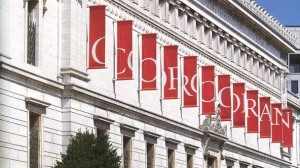 The Corcoran Gallery of Art, the oldest privately supported art museum in the US, has reached a preliminary agreement with the National Gallery of Art and George Washington University (GWU) to take stewardship of its art collection, college and landmark Washington, DC building. Under the proposed three-way agreement, the Corcoran’s College of Art and Design, as well as its Beaux-Arts home near the White House, would fall to GWU.

Most involved in the proposal seem to be trying to put a positive spin on it (The National Gallery is free and more accessible! GWU will pay for the building’s much-needed renovation! Most of the art will stay in DC!), yet most comments include a tinge of sadness at the loss of the Corcoran’s 140-year-old independent spirit. “There is no way to continue the Corcoran as we knew it or as we know it,” Peggy Loar, interim director and president of the Corcoran told the Washington Post. “That’s going to be the kernel of pain for some people.”