While Some Islamic Art is in Jeopardy, the DMA is Entrusted with Major Private Collection 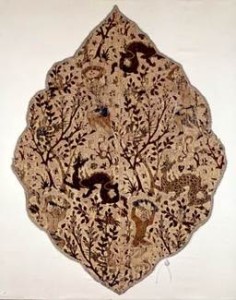 A Safavid textile fragment from Persia (circa 1600), from the Keir Collection of Islamic Art

The Dallas Museum of Art (DMA) will soon receive one of the world’s largest private holdings of Islamic art on a long-term loan (for 15 years, and it’s renewable). The addition of the Keir Collection, recognized by scholars as one of the world’s most geographically and historically comprehensive collections, will make the DMA’s Islamic art collection the third largest of its kind in North America, according to the Museum.

The announcement came less than two weeks after a truck bomb severely damaged Cairo’s Museum of Islamic Art. Intended for the police headquarters nearby, the bombing killed four people, injured 76 and sent a storm of debris through the museum, which damaged and destroyed a large number of pieces of what is generally considered one of the world’s great Islamic collections. Taking stock of the recent damage, Ahmed Sharaf, the chief of museums at Egypt’s Antiquities Ministry, described the bombers to the Wall Street Journal: “They don’t care what they destroy. They hate culture and heritage, even their own.”

DMA Director Maxwell L. Anderson’s statements seem to reflect the Museum’s dedication to the additional collection’s relevance: “We are deeply grateful to the Collection’s Trustees for entrusting us with this unparalleled collection, which will enhance the DMA’s growing strengths in the area of Islamic art. The long-term loan of these magnificent works reflects the Museum’s commitment to collection-building strategies that keep important works of cultural heritage in international circulation, for the benefit of audiences both locally and globally.” 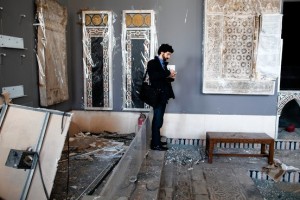 A Unesco member records the damage at Cairo’s Museum of Islamic Art, which was recently bombed. Photo: Associated Press