Scenes From The Stone Age: The Cave Paintings of Lascaux 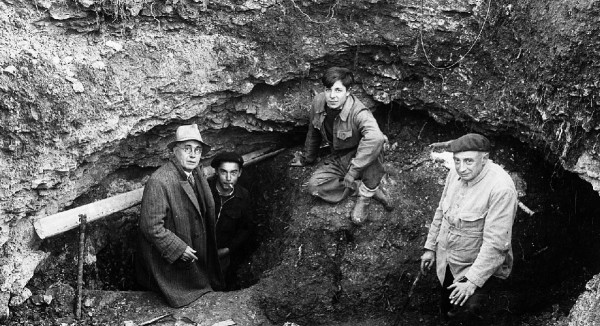 The Lascaux cave was discovered during the Second World War when four boys followed their dog down a hole in the ground left by a storm-knocked tree. Decades later, it was closed to the public  for conservation purposes. Today, the cave also exists as an underground replica next to the original, and as a traveling exhibition, now at Houston’s Museum of Natural Science.

That the “miracle of art’s birth” (as the cave is sometimes called) finds itself so far from its original location is not as fantastic as the cave’s re-discovery by humanity (led by a dog) after 20,000 years of obscurity, but the strangeness of the current Houston Lascaux allows us to experience some of the surprise and wonder of Marcel Ravidat, Jacques Marsal, Simon Coencas and Georges Agniel when they climbed down tree roots in 1940 to find hundreds upon hundreds of drawings, of deer, cows, horses and other creatures.

Scenes From The Stone Age: The Cave Paintings of Lascaux at The Houston Museum of Natural Science offers visitors a chance, as the narrator of the show’s virtual video rendition of the cave puts it, “to see Lascaux at it has never been seen, and never will be.” Perhaps unwittingly, the narrator’s sales pitch echoes the original event of art, when direct sensory experiences were first rendered in material form. The show focuses on man’s use of artificial techniques to capture real-world experience, so it’s not strange that the exhibition-makers illuminate the cave paintings using contemporary image technologies. Whether through digital imaging, or pigment on limestone walls, each method creates a way of looking that is organized outside the human perceptive organs. 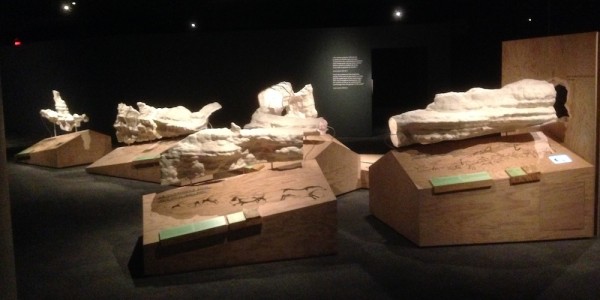 The limestone walls of the cave (referred to in the exhibition as “canvases”) are reconstructed in the exhibition as 1:10 scale fiberglass tubes, which give a sense of the cave’s folds, creases and stretches. Complementing this overview, a section of painted, life-sized replicas of selected panels from the cave surround the viewer, placed at their original height and angle. These quotes from the cave highlight how the dents and bulges of the cave’s surface have influenced the paintings’ forms.

The Lascaux paintings are what the bones and survival tools of the Cro-Magnon, (also part of the exhibition) cannot be: a vivid trace of how they saw and made things seen. The show emphasizes the commonality between the Lascaux painting and filmmaking and photography, at one point suggesting that the cave’s original users would have illuminated different parts of drawings with multiple heads to create a cinematic kind of experience. One panel allows you to compare the perspective of the image makers, drawing a distorted, elongated bull, which would appear more naturally shaped when seen by viewers on the floor of the cave.

The Lascaux exhibit is afflicted with the tendency to guide the visitor towards a measurable learning experience, the kind cities can use to assess their institutions. The exhibition over-controls the experience, taking away the agency of the viewer. At times, the pedagogy becomes wonderfully absurd: one display measures one’s body heat and the humidity of one’s breath and translates it into a spot of light projected onto a plastic reconstruction of the cave’s wall, dramatizing why the original cave was closed to visitors. Interactive displays demonstrate Cro-Magnon techniques for constructing perspective and movement in the paintings. Pulling up a mirrored pole returns an elongated and upside-down image of a bull to a more natural shape. A touch screen shows how animals were drawn with multiple heads to indicate motion or with distorted proportions to indicate depth and direction. A carousel of photographic stills of a horse can be set spinning to see the horse run. Though the exhibition is careful to remind us that the Cro-Magnons had the same intellectual potential as we do, the makers of the exhibition consider contemporary visitors to virtual Lascaux slightly less capable of grasping abstractions. The exhibition constantly asks visitors to push objects and touch interfaces. 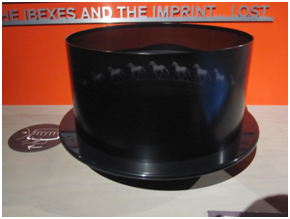 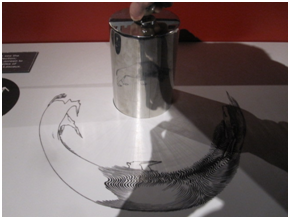 The immense temporal separation makes it difficult to imagine why the paintings were made. The exhibition states blandly that the meaning of the Lascaux paintings “remains obscure,” pushing aside the crucial mystery with the modest suggestion that the animal depictions filled “some kind of spiritual need.” 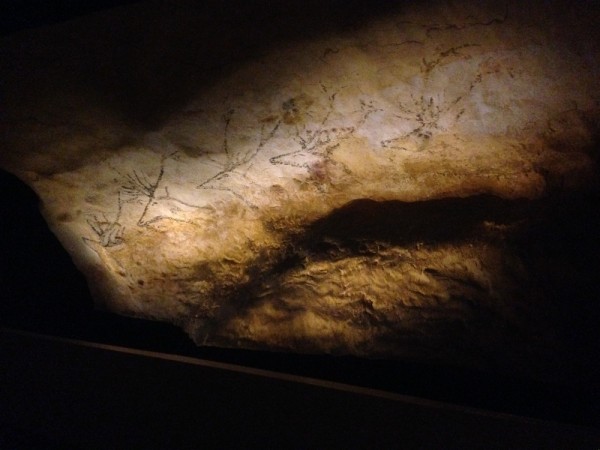 In a wonderful essay, Prehistoric Painting: Lascaux or the Birth of Art, Georges Bataille proposes that the only human figure in the cave (a shaman drawn with animal features) represents human transgression into the natural mystery that is normally subdued by “the weak power of work,” the everyday, prosaic use of things that estranges one from nature, in this instance, from animals. Work is the control of something with a view to an end, and the power of work excludes agency on the part of the thing controlled. It’s totalitarian in that it excludes other kinds of experience. As prey, animals are not spiritual beings, but when we cease to view them as sources of skins for clothing, or meat to eat, then you come in contact with a larger spiritual flow. The animals at Lascaux were important not because they provided food and shelter, but because they were associated with the flow of nature: capturing their motions was a sacred endeavor because these motions exceeded everyday human experience.

The connection between religion and art is that they both allow for an experience of nature that is not utilitarian. They have a transcendental quality. Paintings, like those at Lascaux, aim to create a sacred space that transcends utility. But instead of risking a spiritual interpretation, the exhibition safely explicates the Lascaux paintings and the people who made them in terms of material necessity, failing to recognize painting as a kind of making distinct from hunting and cooking.

According to Bataille, the paintings were not made to allow us to look at animals, but rather are masks from which to see the world as rocks, rivers and reindeer do. Art-making, as a specifically human activity, is a means to unmake the distinction between humans, animals and inanimate things. Bataille’s perspective is largely missing from The Stone Age: The Cave Paintings of Lascaux, an exhibition that provides much crucial knowledge surrounding the paintings but forgets that experience may incorporate the unknown. 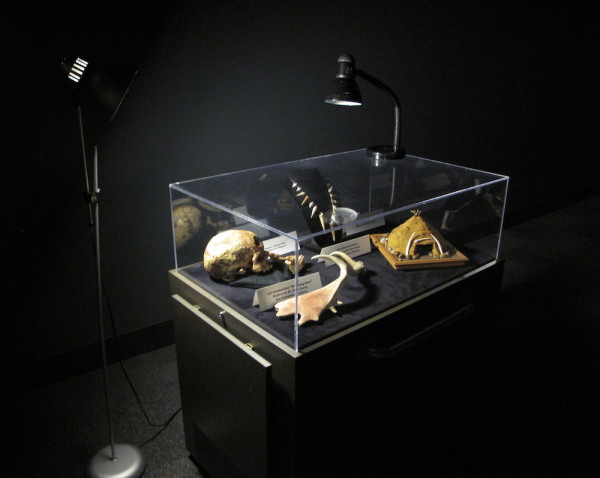 A scratched vitrine stands in an excess space between two installation structures in the Lascaux exhibit; a floor lamp illuminates its contents: replicas of a deer horn, a Cro-Magnon skull and a shell bead necklace by The Flintstone Factory of Katy, TX, self-described providers of “Paleoarts entertainment.” Rather than lingering in this awkward space between product placement and rigorous scientific exposition, this oddity stands as a reminder that the exhibition doesn’t have to be fixed to its ambition to teach us something. After all, one can visit live butterflies in the same museum. 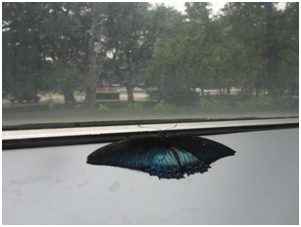 Scenes From the Stone Age: The Cave Art of Lascaux will be on view at the Houston Museum of Natural Science through March 23.

Thanks for the information. We’ll definitely go.

This exhibit gives one the opportunity to experience something that would otherwise be impossible to see. Since the caves had to be closed to public in order to keep them from harmful bacteria and other pollutants, we would never be able to enjoy them outside of the unique way this exhibit presents them.
It’s mind-boggling to think how old the original drawings are. I want to go back and visit this exhibit again. I couldn’t take it all in with just one visit!